ACCESS : Most of the site is now occupied by the distillery, but you can walk around the perimeter which includes the towpath along the Leven and India Street.

As shown by the maps of 1860 and 1914 below, the initial Croftengea Print Worsk expanded and became the Alexandria Works; a large industrial establishment. Some remnants of this works remain within the distillery premises. The INDIA COTTAGES, discussed separately, were part of the associated development. Much of that is now occupied by Loch Lomond Distillery.

This OS map from 1860 shows the cluster of buildings of the works. Although modified and increased over time, a few still remain. The lade is shown very close alongside the Leven and with a single inlet here, but the waterflow was supplemented by an extension from that of the works further upstream, namely the Levenfield Bleach and Print Works. 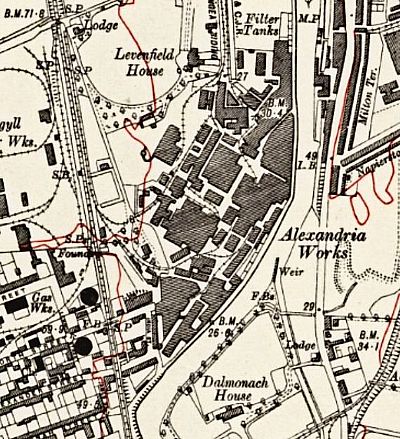 By 1914 the works looked like this. By now it had amalgamated to become the Allied Works. It is this which gives the basis from which to identify some remaining features.

This photograph was taken nearly two decades ago. Much as changed, but the India Cottages can be seen on the left. Note the industrial building to its right without a roof and then compare that to the following photograph. Loch Lomond Distillery has replaced most of these buildings with new warehousing, but not that one nor some next to it. 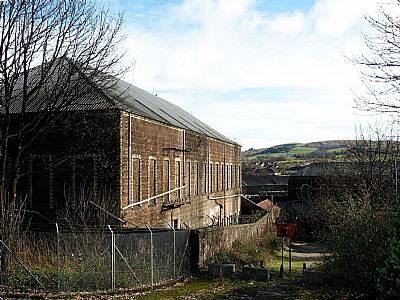 A few of the buildings at the southern end of the works remain. 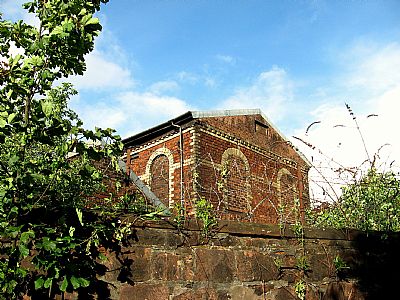 A contemporary view of the enclosing stone wall and the works building since reroofed. 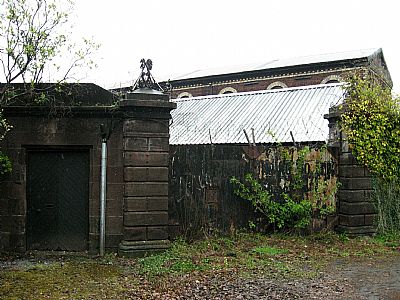 These are the works gates - the workers to the left and vehicles to the right. They are at the foot of Alexander Street. India Street is to the left. The building in the preceding photo can be seen too. The Leven and the towpath and just out of sight to the right. While rather a narrow pinch of a location for a main gate, it would have had the benefit of easy control and is on the easy route down from central Alexandria. 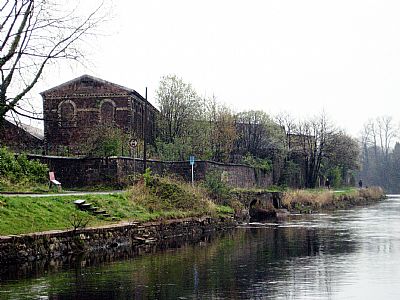 This is the same narrow point of the site, here seen from the bend in the river. Look closely and you will see the two vaulted arches of the lade as it passed under the site and into the river. 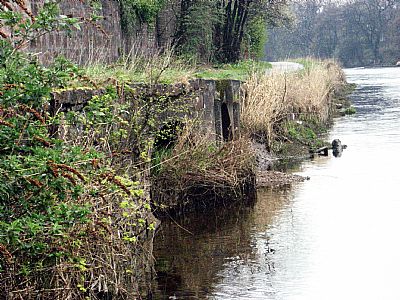 This is a zoomed in view from the same vantage point. While still open, they do not have any flow anymore and silt vegetation has taken hold.

As you explore the Leven you will certainly find remnants of the textile and related works; odd stones, access points from the river, even the tow-path itself. But some remnants are uncertain. One such item is this steel mast. It appears to have carried a cable, but whether that was for power sharing or perhaps conveyance of small items such as messages and documents is unknown. On the opposite bank is a small building that looks like an electrical box and it appears to have a small mast that would have powered the line. But who would it have served? The larger mast on the west bank is just outwith the works and the small building and smaller mast is rather isolated on the river bank on the east bank. Both maps above show a small rectangle that may indicate the small building and this may have been linked to Dalmonach House beyond. 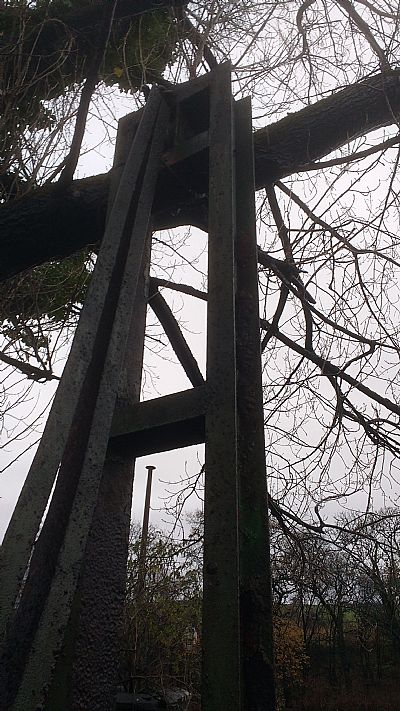 The mast at the bottom of Alexandra Street facing the river. 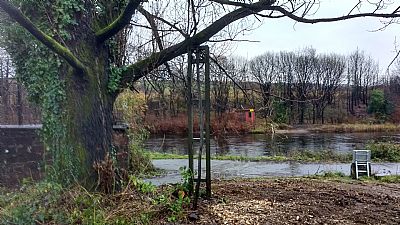 In this view you can see both the mast on the west bank in the foreground and the small building on the east bank.

Also see : INDIA COTTAGES. These were part of the works accommodation and can be seen in the first map.