ACCESS : Access is by boat. A ferry can be arranged through the restaurant. See INCHMURRIN. Access into the ruins is possible but it should be noted that it is up an irregular path and not safe for children as there are steep and high sections.

Inchmurrin Castle is, or was, situated upon a rock outcrop with steep natural slopes and a ditch to one side. The remains of the structure appear to indicate a courtyard wall with small buildings built around the interior. The walls are of thick rubble masonrywhich are unstable and overgrown.

The castle was built by the Earls of Lennox and is recorded as having been completed by 1393. In an era in which water travel was the easiest, Loch Lomond would have been something of a highway. While to soem extent more easily defended on this island promontory, it was also strategically located to control much of the area. 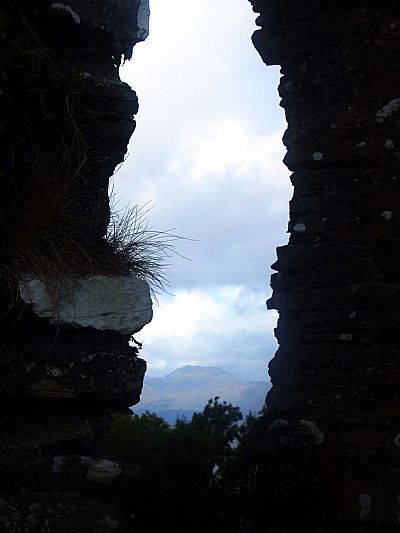 The ruins include this stone arch; a great frame for your photo of Ben Lomond. 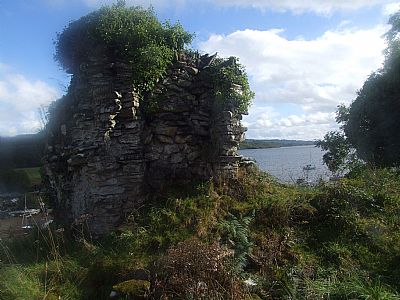 This heavy stone corner still stands guard towards the south.