On the corner of this block of red sandstone tenements are three relief carved panels. On the uppermost is a frame amidst scrolls with the date 1906. Below that is a ship spewing smoke. And on the lowest panel within a frame with scroll are entwined the letters of "WB&Coy".

In 1899 William Breadmore decided to set up a shipyard in Dalmuir. Work started in 1901 and by the time it was complete in 1906 they were ready to launch the biggest warship so far built on the Clyde, the battleship Agamemnon. After the First World War when orders for ships declined, Beardmore diversified into cars, motorbikes, bicycles, locomotives, aeroplanes, tanks and warships. In the 1920s, Beardmore went into decline and finally closed in 1935. [Clydebank Heritage Trail].

HMS Agamemnon was ordered in 1904 and was the first warship built by the William Beardmore and Company's Dalmuir Naval Construction Works. She was laid down on 15 May 1905 and launched on 23 June 1906 before the dockyards themselves were finished. Her completion was greatly delayed by labour troubles and by the diversion of the 12-inch (305 mm) guns intended for her to expedite completion of Dreadnought, and she was not finally completed until June 1908, six months before her sister Lord Nelson. [Wiki].

The tenements themselves are fine although much in keeping with many across the country. What makes them really special is the exhuberance of the design of the corner complete with dome topped by an ornate finial and the aforementioned carved panels inpired by the great ship. 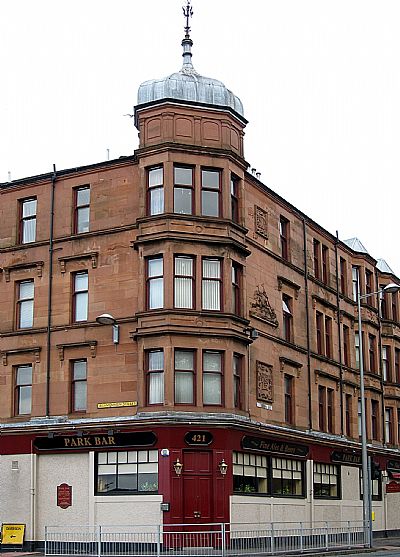 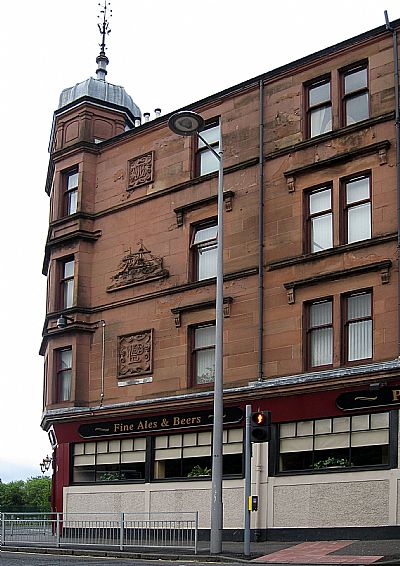 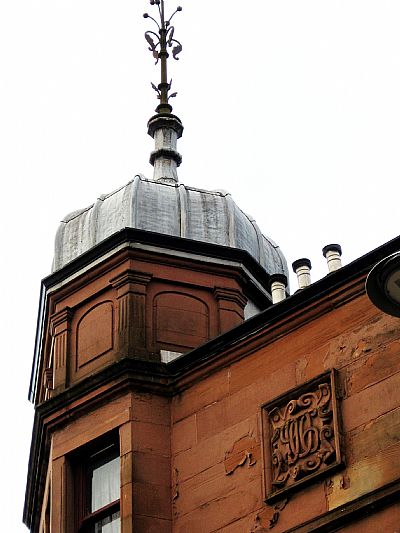 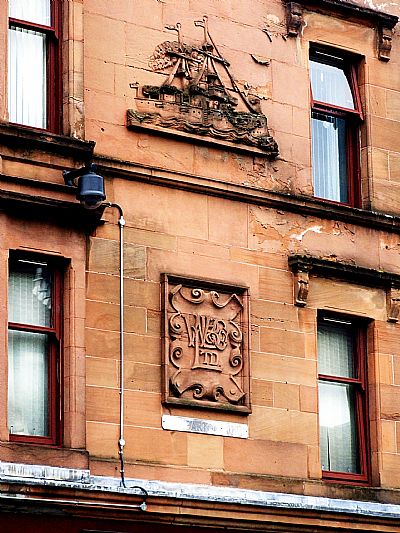