Described in the listing text as “Circa 1838 with mid 19th century additions. 2-storey, 4-bay, gabled, rambling-plan Jacobethan villa”. A rather grand description of what is now a care-home known as Clydeview. But it was originally called Bloomhill, a home built for Alexander Ferrier in 1838. Canmore notes that it replaced on earlier house of the mid 1770s which was situated to the north. It is C-listed. 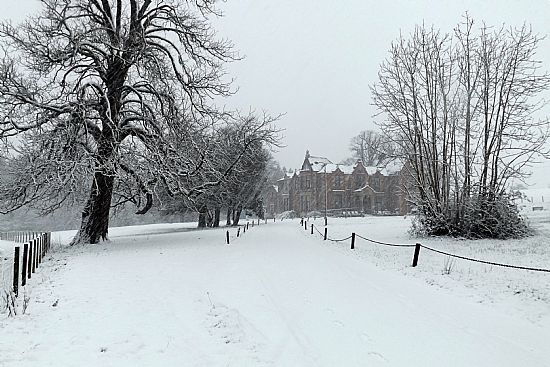 The once fine classical stable block of this earlier house is situated to the south and has been converted to residential use. The west lodge, known as Shira Lodge, is listed separately. The house is now a residential home, but fortunately viewed from across an extensive lawn as one approaches My photo of it in the snow was taken in early 2018. (I had abandoned my car and was walking home before getting a lift with the gritter/snowplough). 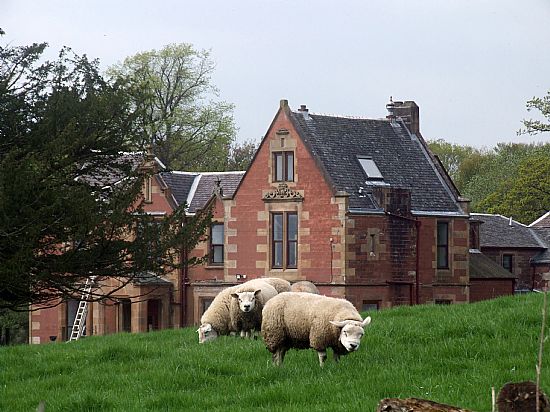 To understand the house as it was in sizable grounds, we need to also consider the lodge houses and stables too.

The stables form a quadrangle entered straight off Carman Road through what would have been large gates. The original form is discernible, but they have been effectively converted and extended as residential units. 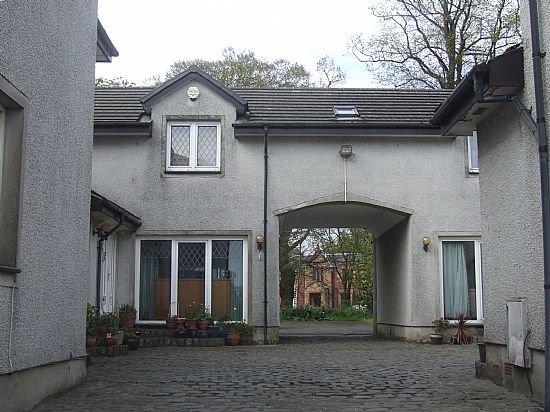 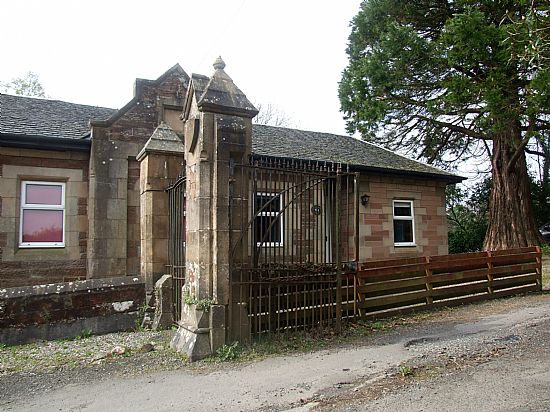 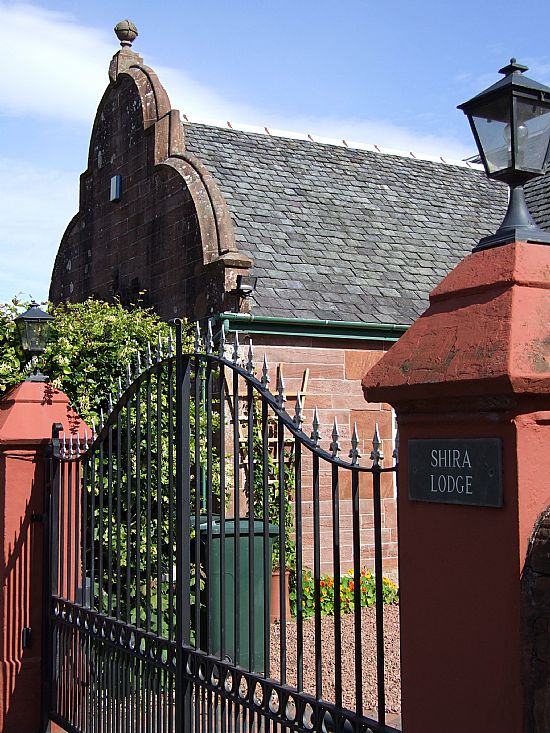 Both the lodges are of similar reddish brown sandstone to the main house.