Have a look at architecture in Aberdeen and you will most likely be contemplating granite. It is an interesting building material. Extremely hard and challenging to work with, yet extremely durable if well detailed. It can look distressingly dreich under damp grey clouds. But it can also sparkle in the right lighting conditions. Architects who have mastered the material have created some great buildings and Marischal College is one of the best. 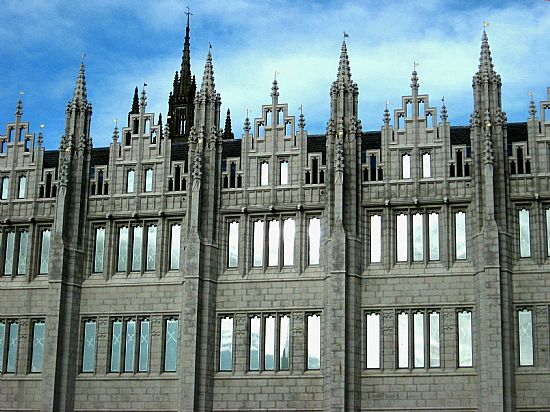 Marischal College which is depicted here, was built in two phases, the first dates from the 1830s and the second in 1906. This made it the second largest granite building in the world.

These days the building is leased to Aberdeen City Council. The Marischal Museum is housed there, but is no longer open to the public.

In spite of its large scale and sense of grandeur, there is a lightness of form as it rises to the skyline. 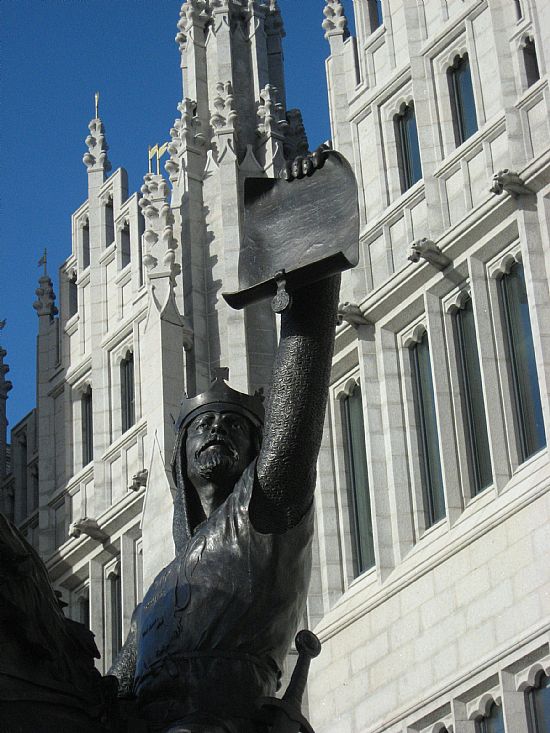 I find it a very fitting dramatic backdrop to the statue by Alan Beattie Herriot of Robert the Bruce on horseback below it. It recognises the debt owed by the city him. The city's Common Good Fund was developed as a direct result of a charter he issued in 1319 and fittingly was used to fund it. The charter Robert the Bruce holds aloft for all to see, the charter that he granted in 1319 giving the city fuedal rights over the Forest of Stocket.