It is not often that I am pleased to see buildings demolished - “A” listed ones at that. But this is one such instance. This vast grey concrete Legoland stood empty for years before being demolished for new housing. Although I might have been happy to see it go, I must admit to a certain sense of intrigue as I wandered around it prior to its demise; its austerity exaggerated by it being derelict and forlorn. But that didn't detract from it also exuding a sense of defiance up until the last moment and a reminder of its one-time great confidence through it sheer scale and once newfound brutalist aesthetic. 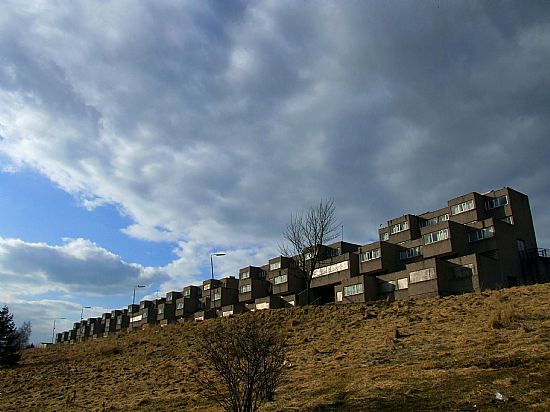 This extensive complex off Stockiemuir Road in Bearsden stood above what is now the new Bearden Academy. The history of these buildings is linked to that of St Peter’s Catholic Seminary. In 1966 the priest seminary moved from Bearsden to near Cardross and the Archdiocese of Glasgow built in its stead new teacher training facilities. The architects for both projects were Gillespie Kidd and Coia. Two teaching blocks, a physical education building and the five student accommodation buildings we see here were built on a steeply sloping site; the teaching blocks occupying the lower part and these accommodation blocks on the slopes above. 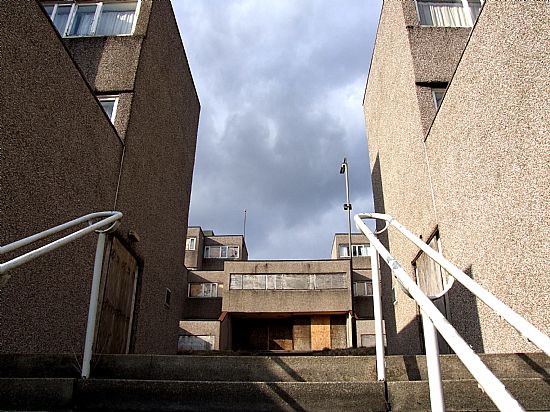 The complex opened under the name of Notre Dame College in 1969. In 1981 it merged with Craiglockhart College and became a national Roman Catholic teacher training college. At this point it changed its name to St Andrews College. In 1998 the five residential blocks were listed at Category “A”. Amalgamation with Glasgow University in 1999 and the following relocation of teaching in 2002 to Glasgow meant that the Bearsden site was declared surplus to university requirements. 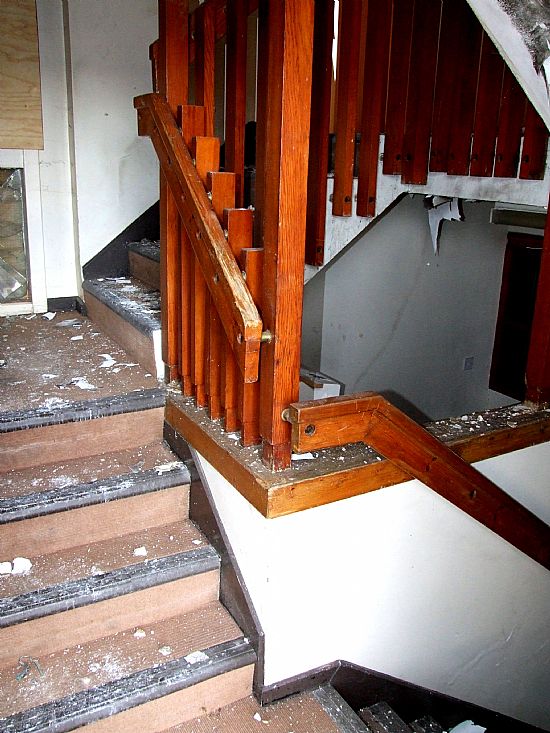 The Architectural Heritage Society of Scotland is fully supportive of listing important modern buildings, but is a bit perplexed why this one was, particularly as “A”. The criteria for listing is well established although that for modern buildings tends to incur other considerations such as envisaging changing tastes through time. Gillespie Kidd and Coia became one of Scotland's most important architectural practices, making their mark in more recent architectural history. This building complex though did not survive the test of time. But in spite of that I feel that it still needs to be appreciated for what it stood for.