Loch Katrine Water Supply. The line of towers and shafts along the water conduit.

You may think I am a little unambitious with the selection of this “building” in my list. But this little structure is very important to Glasgow. It is one of several that are listed as category “C”. 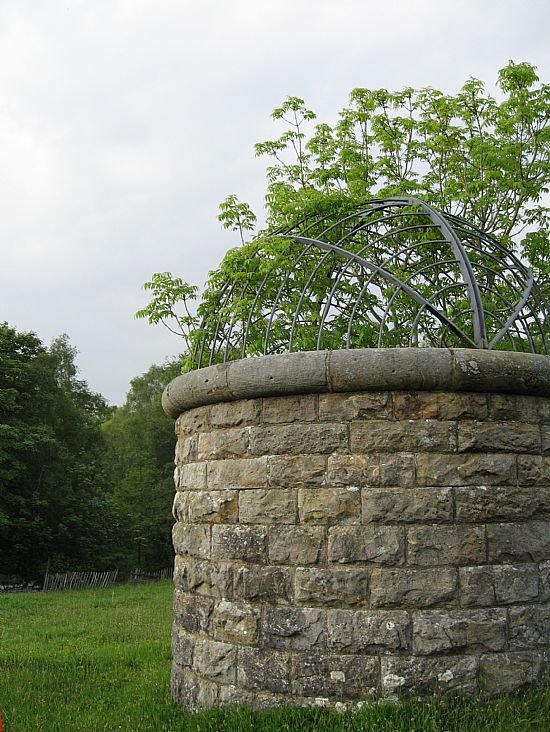 The listing text includes this Statement of Interest : Built to enable the construction of the tunnels carrying the first (1855) and second (1885) conduits of the Glasgow Corporation Water Works system ….. There are a number of similar ventilation shafts and sighting pillars above the tunnelled sections of the 1855 conduit, some of which have hooped 'birdcage' tops. This line of 7 shafts and 4 pillars have been selected for listing as good representative examples because they form a strong and distinctive visual group. The shafts and summit pillar relate to the 1855 conduit tunnel and the other sighting pillars were built to facilitate the construction of the second (1885) conduit tunnel (the ventilation shafts of the second tunnel were filled in when construction was completed). The enclosures themselves are not remarkable examples of construction, but they have historical importance as visible reminders of the engineering achievement involved in the construction of the underground conduit and the way this was achieved. Tunnelling was done by hand, using dynamite, and the shafts were used both to ventilate the tunnel and to remove spoil from it. Each shaft opening sits on a noticeable spoil pile. Sighting pillars and towers were erected along the length of the tunnels on both the first (1855) and second (1885) conduits and were used for surveying to ensure the correct alignment of the tunnels.

This one is situated as the tunnel nears Mugdock Reservoir. These little stone towers are simple circular stone structures with steel mesh domes added for security. They may be rather basic in themselves, but signify an amazing engineering feat.