The house and estate that now comprise an elegant hotel just outside Banchory were originally built in 1817 as Raemoir House. They were designed by John Smith in the style of a classical country house. Behind it still stands the house that preceded it and built in 1715. It is now known as Ha Hoose the main house of an estate). Beyond that stands the old stable block. 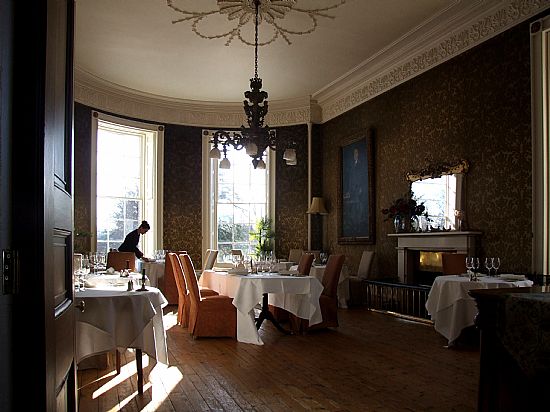 This photograph shows the dining room. So many fine old houses are lost when they no longer serve a working estate with a large family and an extensive staff. A few though have become viable again through conversion to flats or. as in this case, a hotel. This is one that readily meets that role. 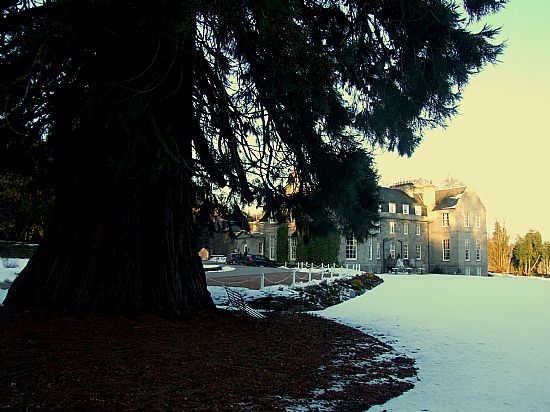 Between the late eighteenth and early nineteenth Raemoir estate passed from the Hogg family to William Innes a merchant from London. He set about improving the estate, most notably constructing the present Raemoir House, immediately to the south of the original house. In the early twentieth century the estate was purchased by Viscount and Lady Cowdray, who commsioned alterations to the building in 1927 and from 1943 it has been run as a hotel.

I can't find out the origins of the name of Raemoir, but by coincidence, the current owners are Rae. They have added some interesting old furniture to the already great interiors.

You approach Raemoir House along a sweeping driveway through trees. Sheep graze in front of it, adding to the tranquillity of the scene, yet kept in check with an invisible ha-ha.

Behind the main house is the Ha' Hoose dating from 1715 and has this wonderful oval window. It has two generous suites. 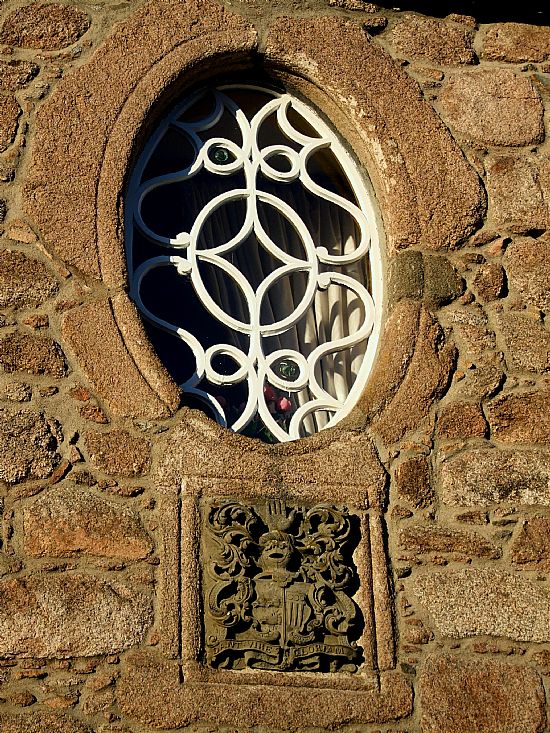