Travelling the main north-south road that links up Ayrshire, one is sure to note this elegant if enigmatic red sandstone tower in Mauchline, and wondered what it is. It was built to mark the centenary of the death of Burns. It was deemed appropriate that Mauchline should have a National Burns Memorial as it was while Burns was a tenant at Mossgiel Farm nearby from 1784 to 1788, that he composed many of his best known works. It was in Mauchline that he met and married Jean Armour. A competition for the Memorial was won by William Fraser with this Scots Baronial tower design. The foundation stone was laid in 1896. 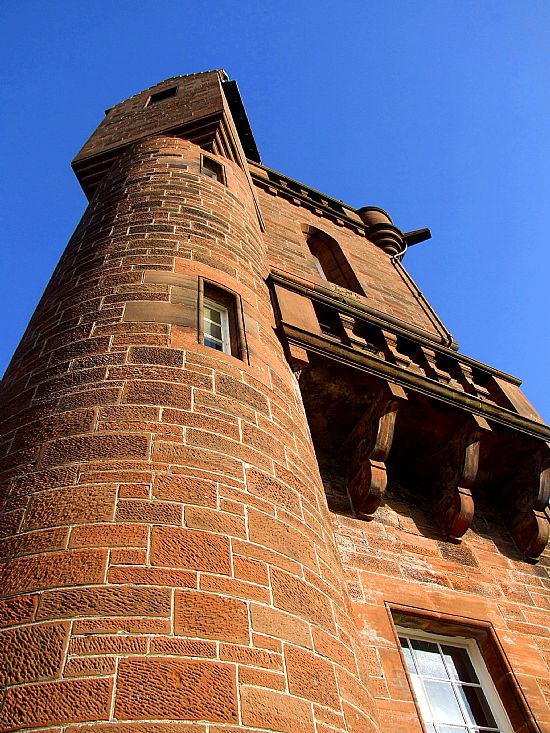 I find such architectural creations fascinating. They are not exactly functional in the normal sense, but a celebration of a famous figure. Unlike the hill near Bridge of Allan on which the Wallace Monument sits, Mauchline is situated amongst almost flat gentle undulating hills. It was certainly intended to be seen from across that landscape and was also designed so that visitors can use it as a vantage point to see out too. It has corbelled stone balconies protruding from it with the ultimate view from its parapeted roof level.

Today the tower houses a small display and is only open on specific occasions, but Burns House Museum is nearby in Castle Street.