Rothesay Castle is one of those that conjures up that image of a typical castle with castellated parapets above formidable stone walls rising above a watery moat. What you see today has undergone some changes through the ages. The first structure was built in the 12th century. A shell keep, the curtain wall of which still stands is a mighty 30 feet (9m) high and 9 feet (nearly 3m) thick. It had been built into an earlier fort which in turn had superseded an earlier timber palisaded structure on an earth embankment. 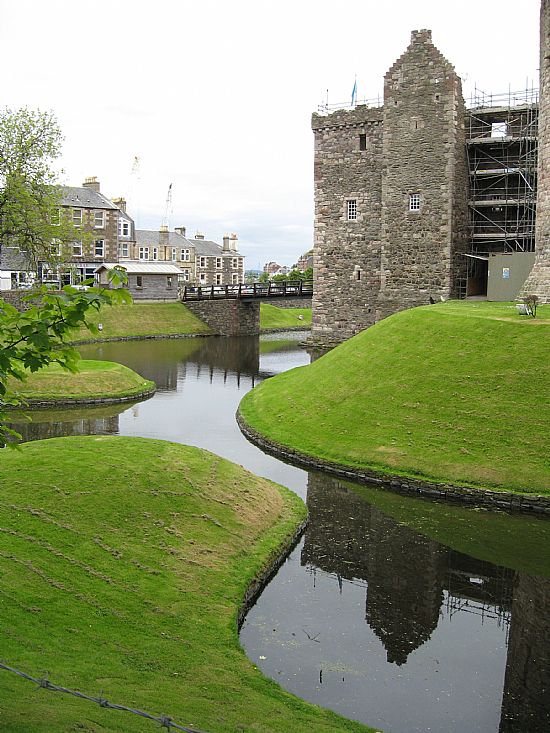 It is first mentioned in 1230 when it withstood a siege by Norsemen. They thought the walls were so soft that they could be hewn by axes.

The small forework at the entrance was added in the early 13th century. The stone enclosure is circular with four towers. At some time between the late 14th and mid 16th centuries the great forework was added.

There may have been a Cromwellian reconstruction of the outer works in 1650, with the addition of gun-platforms in rounded bastions at each of the corners dominated by the towers. 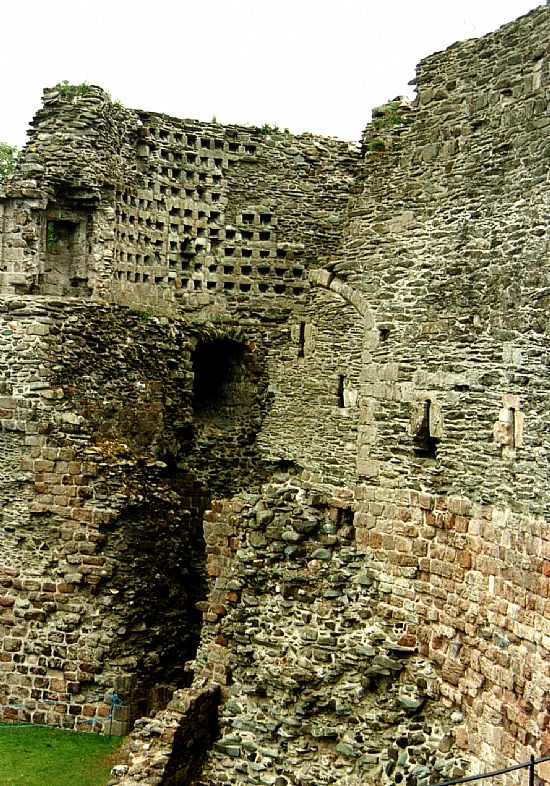 It did not play a prominent role in the Wars of Independence, but was a favourite residence of Kings Robert II and Robert M. James IV and his son, James V both stayed in the castle as well.

During its actively history as a working castle, it would have been a busy place, its form and countenance defined by its role as a protected home, centre of administration and place of defence. The moat could be expected to have been dirty, the grass banks chewed by livestock. It is enjoyed today for its picturesqueness and part of that aesthetic is because of a sanitised version of history. We are reminded of the hard lifestyle and sometimes violence, but at a distance through time. While we may strive to ensure a true and valid structure and abide by strict codes for conservation, it is nevertheless an edited view that we see. And that is here most evident in the neatly manicured lawns around the moat.