Many years ago I learnt of plans to demolish the platform level buildings of this fascinating station and reacted with a letter in the local newspaper. That was at a time before social media and other means of venting distress. At the time I was not even living in Scotland or indeed on this continent, but had got to know it well from visits here. And it is that very context, as a visitor, that highlights but one of its important characteristics. 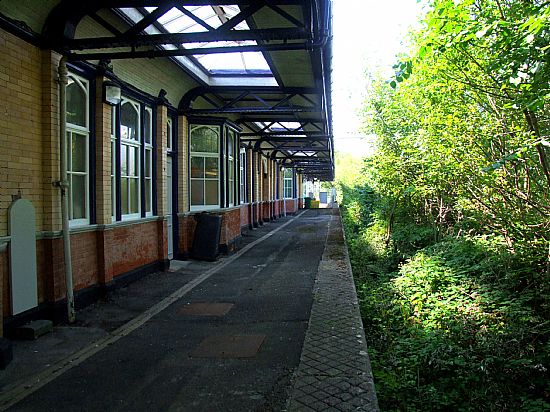 Some buildings are not just great designs to entertain us, or impressive to strike awe in us or, of course, imbued with any of the more pragmatic yet perfectly necessary functions such as shelter and containment. Form following function may satisfy in us a certain satisfaction. But some buildings do much more.

Dumbarton Central Station is one that is fascinating in itself. It still speaks of a grander bygone era of railway travel. And it welcomes visitors to Dumbarton and bids them farewell after a pleasant sojourn. It also punctuates their journey to other attractions in the area such as the Langcraig Hills or Loch Lomond. And it acts as the Gateway to central Dumbarton and to Dumbarton Castle. And beside all that, it acts as a beacon to the local community; an icon for the town.

So it is not surprising then that I was concerned all those years ago at its possible demise. But it was retained (although nearby East Dumbarton Station was stripped). Dumbarton Central Station comprises an upper operating station level with covered platforms in brick, steel and glass. That has recently been restored. Some areas have been leased out. But the station is raised above a road under pass and some pedestrian / cyclist through routes. At this lower level were also ticket offices, waiting rooms, baggage rooms. All of this lower level still remains, but even with a section partially leased out, has got into a state of deep decay. A trust has now been set up to draw attention to its poor state and to stimulate restoration of the whole station structure as well as general improvements to the immediate public realm. That body is the Dumbarton Stations Improvement Trust. 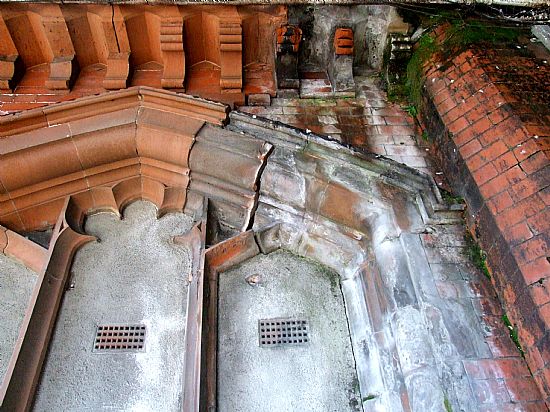 The railway line here was opened in 1854, but altered and widened southwards in about 1896 which is when most of these structures were erected. It is interesting to read the description in the listing text. Specific terms seem illusive, but gothic, gothick, Tudor, Tudor-gothic, art-nouveau are all used. In essence it is sheer exhibitionism and joy in architectural expression of the (then) new and expanding mode of travel, in providing a gateway to Dumbarton and the wilds and beauty of Loch Lomond. 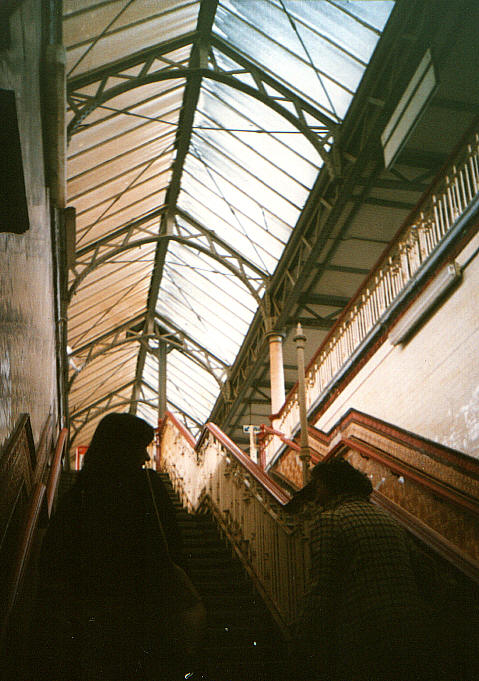 The main platforms and buildings are in fine form and well worth a visit. It is the remainder that I am concerned about. My photographs may look despondent, (I did after all promise a different look at our built heritage), but we are very optimistic that the station will be returned to reflect its glory days of train travel and as a gateway to Dumbarton and the Loch Lomond and the Trossachs National Park. The first photograph shows the abandoned north platform and the second some gothick tracery of blocked in windows to the lower level. The photograph of one of the stariways was taken in 1988. The ornate tiles remain although these two stairs are now concealed below large steel boxes.

While part of the old entrance and approaches to the stairs is occupied by a builder, much still remains intact, if rather decayed. The photos below illustrate this. This lower area comprised a ticket office, waiting rooms, baggage rooms etc. The clerestory windows are at track level above. 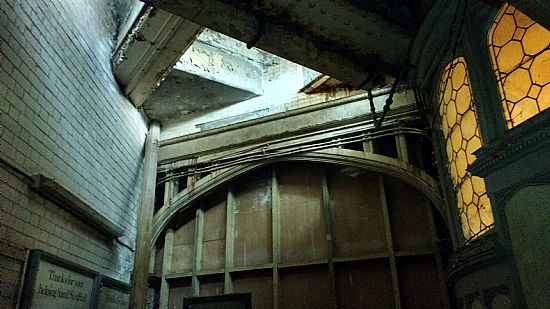 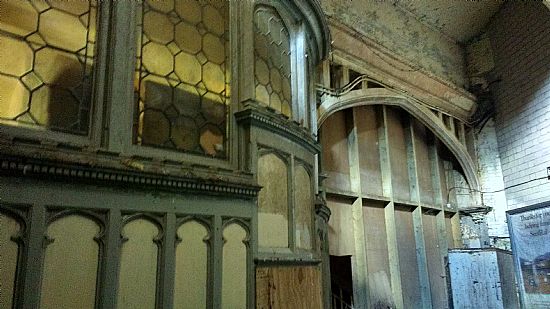 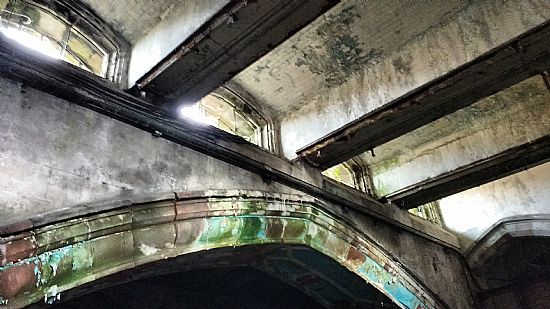 The Dumbarton Stations Improvement Trust (DSIT) followed up the Scoping Report focussing on Dumbarton Central Station commissioned some years ago with a Conservation Management Plan brief document. With the financial assistance of the West Dunbartonshire Council through the Dumbarton Town Centre Common Good Fund, a team of conservation consultants headed by Lesley Kerr have been appointed. The station is seen as not just important built heritage, but also a key feature within the town centre itself. It is intended that this project will encourage the key stakeholders to take up the recommendations. A public consultation is scheduled for early 2019.

NetworkRail have been active in recent months. Strathleven place / Bonhill Road Underpass has a new bridge and much needed remedial work and maintenance being given to the Bankend Road underpass bridge, the roofs of the platform buildings and other areas.