Some years ago I had a brief stint at Renfrewshire Council working on this building and I got to know it pretty much inside out and from spire top to its solum. The building was undergoing extensive restoration, upgrading, alterations to serve contemporary needs and an extension to house the museum being moved from the Brown Institute building down the road. In conservation terms much of this produced some disconcerting conflicts such as with the installation of the very modern new lift and glazed fire screens, but in general it is a successful project and one that contributes well to the overall urban regeneration of the town centre. 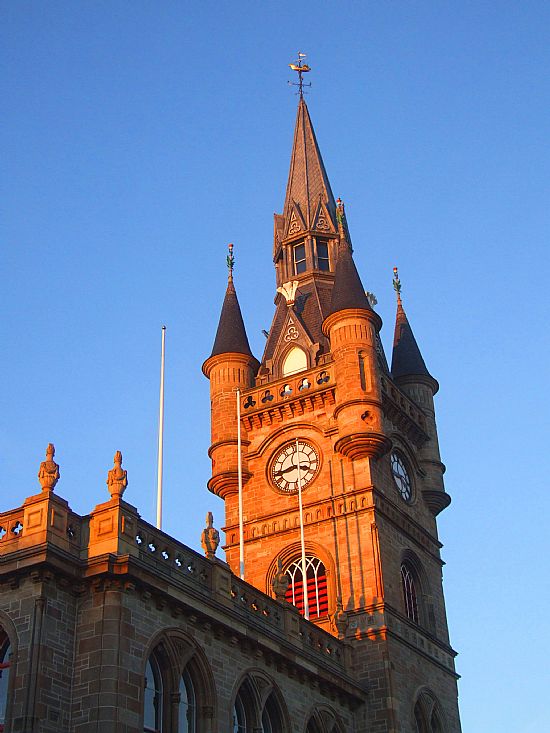 To some people this building reminds them of the fairy tale castle that rises above Disneyland. Actually there is very little real similarity, but the sharp spire with its pointed turrets at each corner somehow seems to support that comparison. When I took this photograph, the building was glowing in the late Scottish sunshine and that gave it an added special quality. 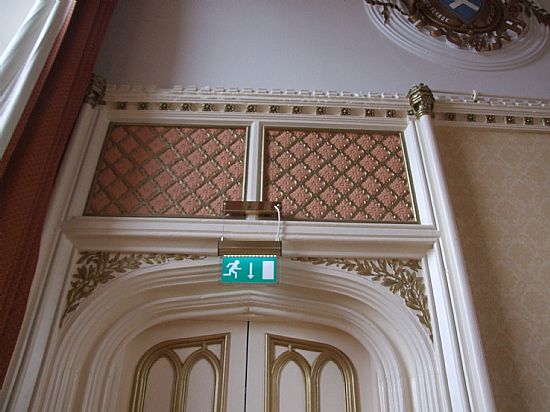 Renfrew Town Hall is an “A” listed building designed in 1871-3 by James Jamieson Lamb and Baillie James Barr Lamb. It was largely rebuilt after a fire in 1877. The detailing in the main hall and main function rooms is of note. 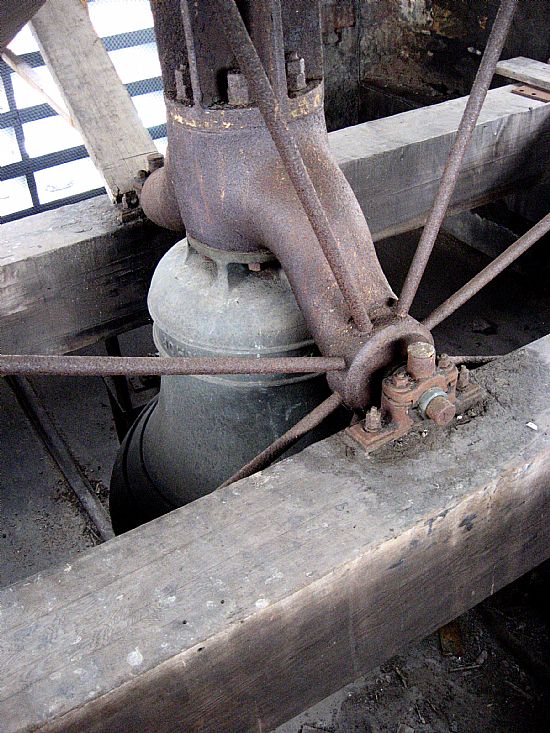 The bell in the tower