To many of us mere mortals, there is a fine line between what constitutes a castle or a palace or a grand house. Mount Stuart is considered to be not just Scotland's, but Britain's most spectacular Victorian Gothic house. But it is not one's usual Victorian pile. Nor is it Gothic in the sense of the 12th to 16th centuries that had became so popular as a revival in the 18th century and beyond. This stately pile is in a class of its own. It is very technologically innovative while also having something of an arts and crafts feel about. Vast, yet intimate. It was the first in the world to have a heated indoor swimming pool and the first in Scotland to have purpose designed electrical lighting, central heating, a telephone, a lift…...

The house is the seat of the Stuarts of Bute and it is testament to the original vision of the 3rd Marquis and his team of architects, designers and engineers. He employed many of the workmen that he had used in Wales. The design was by McGill, but he also used the architect William Burgess to build an oratory. It was after a fire in that the earlier house, that the descendent of that marquis really got ambitious and this amazing building was created. This time the architect was Robert Rowand Anderson who worked on it from 1878. And this was very very different to McGill's original Paladian design. 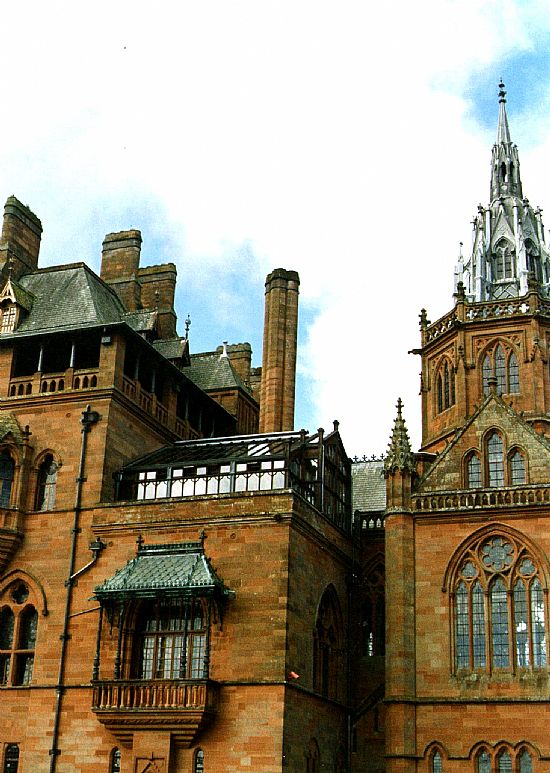 Mount Stuart's major features include the colonnaded Marble Hall at the centre of the main block and the Marble Chapel, which has an elaborate spired tower, the tallest part of the building. There is much use of colour and sculptural form. 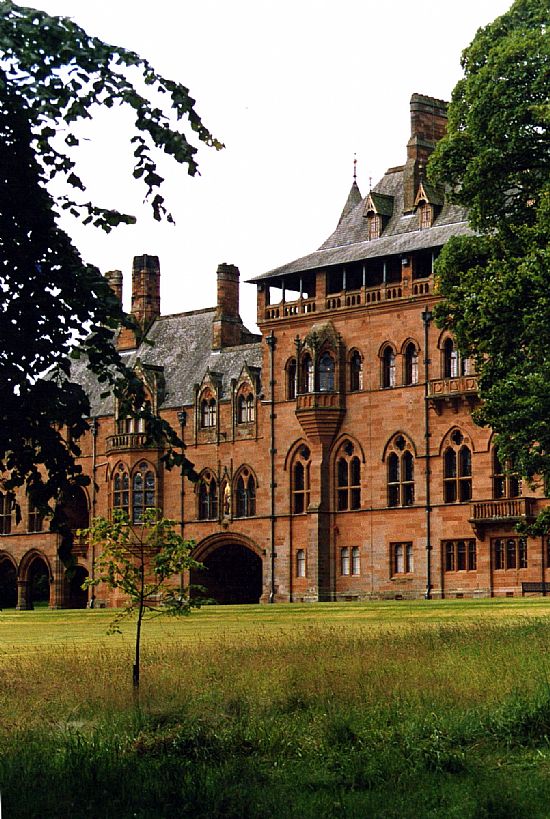 The listing text adds some interesting notes on Anderson's sources of inspiration. Much of the Gothic detailing is thought to derive inspiration from the architect's own publication - "EXAMPLES OF THE MUNICIPAL, COMMERCIAL AND STREET ARCHITECTURE OF FRANCE AND ITALY", 1868, in which Anderson made a series of measured drawings from these foreign secular sources. Mount Stuart's open gallery for example, bears strong affinity with the 14th century houses of Figeac. Towering above the low whitewashed wings, adorned with foliate carving, trefoil-headed openings, oriel windows, decorative wrought-iron and crocketed pinnacles, Mount Stuart's complexity has been tied to that of its commissioner - a solitary figure who converted to Catholicism at the age of 21. We could go on. The house is full of interesting features. 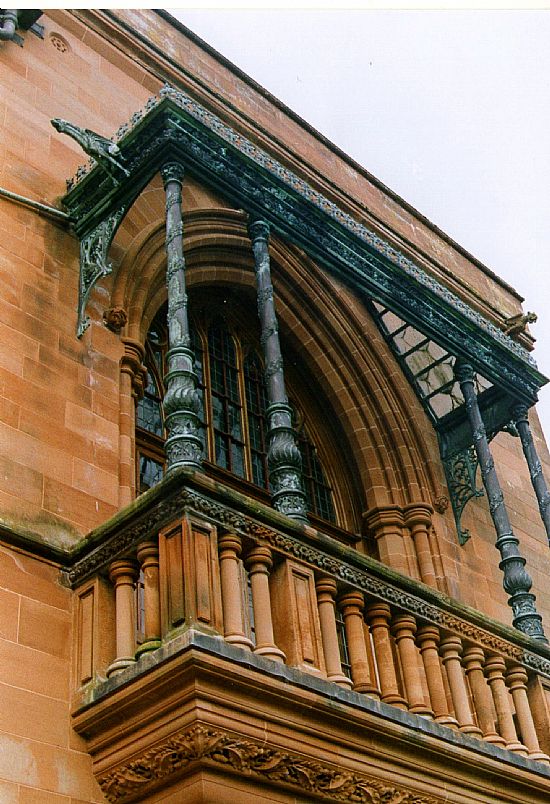 I have chosen just a small section of the house as my detail illustration here; that of a cantilevering balcony. Just look at that mix of styles and materials.