Even if you have not been there, you most probably would recognise a rustic scene of a conical pantiled stone mill reflected in a mill pond with ducks paddling happily about. Such a scene exists on the edge of East Linton in East Lothian in the form of Preston Mill. 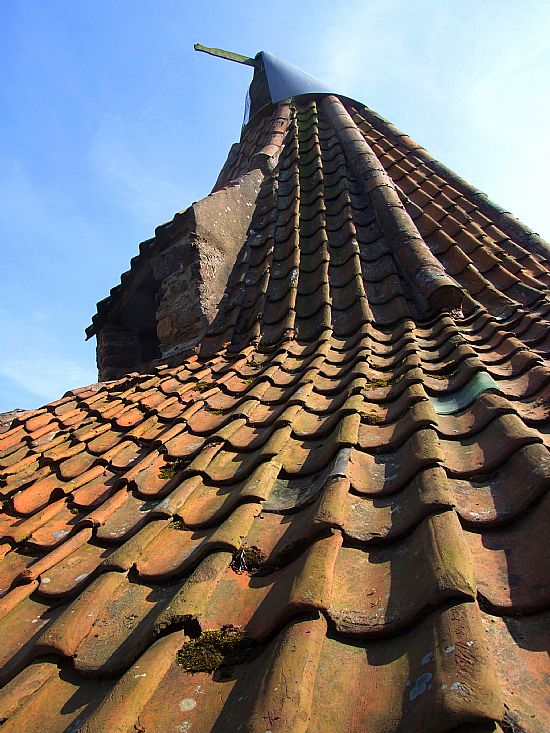 The National Trust for Scotland invites you to step back in time and actually see the clattering mechanism in action. This is an 18th century creation utilising the River Tyne to power the milling of flour, the product of the lands around it. It exudes a great sense of idyllic peaceful rural life. In reality though, it was a hard gruelling life lifting bags of flour and prone to the flooding of the river as well as dust and mice. You now see a sanitise version; authentic yet presented as a picturesque glimpse.

It was built to serve the Smeaton-Hepburn estate.

There are two parts to the building : the almost conical roofed section with the mill and storage and a kiln. My photograph shows the flowing sculptural lines of the pantiled conical roof rising up. These days such forms would be very consciously created and considered very innovative. This form though has evolved directly from the function within, adjusted to the way pantiles are laid with half-round ridge capping in the same material.

The building is listed as “A” and to be found along Preston Road. Across the river one finds a very unusual doocot and beyond it extensive old farm buildings.