This was within the St Peter's Seminary complex.

This building exists today only as a ghostly outline, hardly acknowledged for what it once was. The today more impressive, and to many, more emotive modernist ruins of St Peter' Seminary that surround it tend to draw all the attention. That outline also seems somewhat insignificant within the larger building's courtyard, but it had itself been magnificent. About a decade ago I witnesses the demise of the gatehouse on Carman Road when it was demolished after yet another breach of its security hoarding. It perhaps didn't have much going for it being so close to the busy road, but it nevertheless got me interested in the fate of the overall estate and what it had been before St Peter's Seminary was established within it. 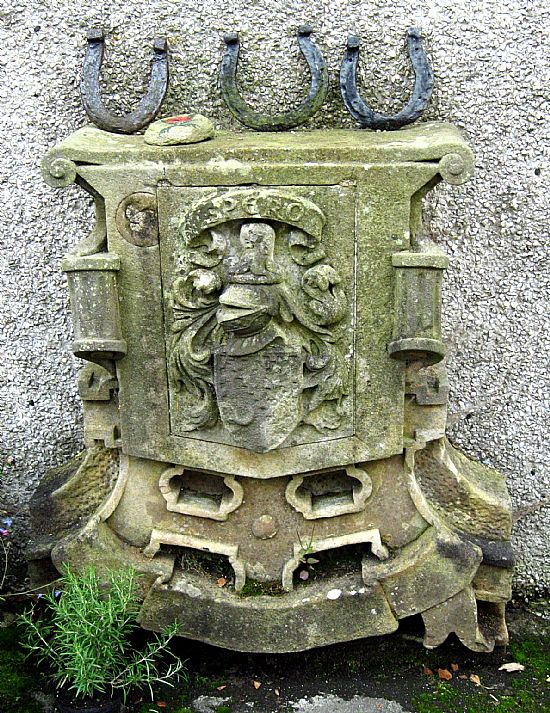 It was with some surprise that I learnt that the ornately carved sandstone features that sit in a courtyard of a neighbouring farmstead had been rescued from the mansion when it was being demolished and sent off for landfill. These two features appear in my photographs. A look at the Canmore records gives an idea of where they were originally and also the magnificence of the building. It also note that it was designed by John Burnet in 1865-8 for John William Burns. 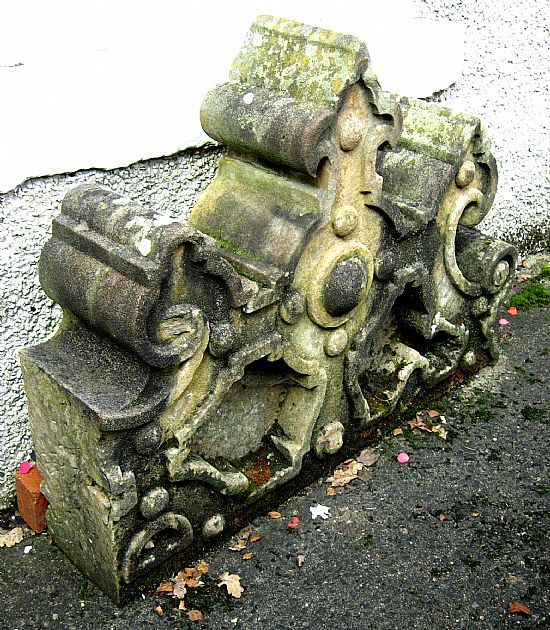 http://www.helensburgh-heritage.co.uk/index.php?option=com_content&view=article&id=1084:prominent-villager-was-shipowner&catid=83:business&Itemid=460 Information on the second owner.