You most likely have come across this house inadvertently as I did, while visiting the renowned Inverewe Gardens, that almost tropical enclave on the shores of Loch Ewe. The house and gardens are owned and managed by the National Trust for Scotland and the house has recently benefited by substantial investment and restoration. 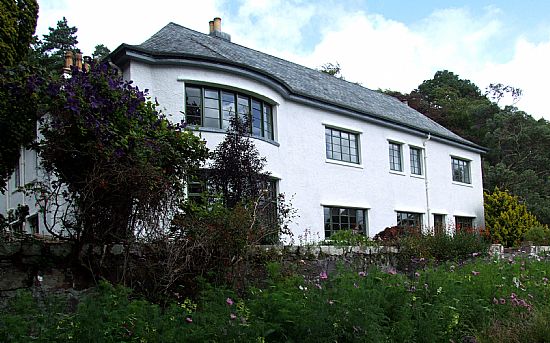 On entering one feels as though it is is still a private home, although innovative educational displays and facilities have been introduced as well. The house was built by the adventurous and pioneering Mairi Sawyer, continuing the legacy of her father Osgood Mackenzie who first established the gardens in the 1860s.... This is the third transformation for the house itself, which had to be rebuilt in 1936 by Mairi Sawyer after the original hunting lodge and home was destroyed by fire. That earlier building was grander and of stone. 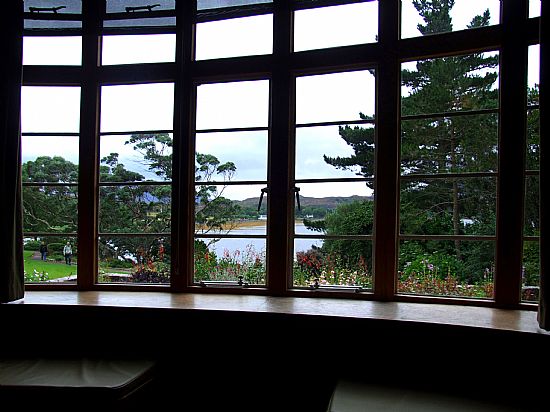 The house is not listed, but is protected along with the gardens within which it sits. It was built in 1936 on the site of the original house. Some of the stone from the earlier building was used to make the rockery. Mrs Sawyer continued to develop the garden and introduce more plants, many of which came from the plant hunting expeditions of the 1920s. In 1952, a year before she died, Mairi Sawyer presented Inverewe estate, of about 2,100 acres, to the National Trust for Scotland with an endowment for its upkeep.

The facade is harled and white-washed. The large shallow bay window gives magnificent views across the garden to Loch Ewe. Inside the design is simple, but is imbued with a feel of quality workmanship; a sort of quiet arts and crafts.