St Andrews in the Square, Glasgow

This former church in Glasgow's East End is one of my favourite buildings and a firm favourite for countless other people during Doors Open Day events. But it also serves purposes other than ecclesiastical. 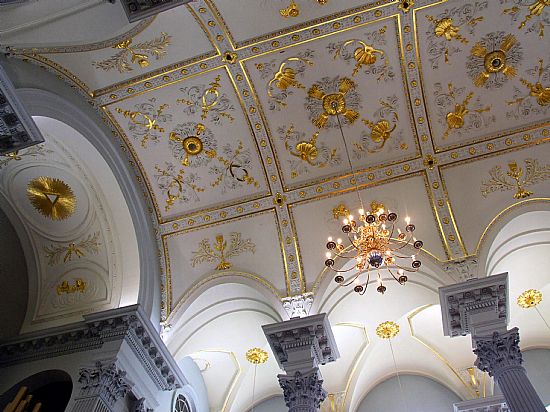 It dates from 1754, a very fine classical building to the design of architect Allan Dreghorn. It has been greatly influenced by James Gibb's St Martins-in-the-Fields in London. The builder was master mason Mungo Naismith and was the city of Glasgow's first totally new church since the Reformation.

Although the essential features and character or Dreghorn’s church survive, there have been several key moments in its rich history. In 1745 Prince Charles’ army encamped around the rising walls of the church on the way back from its disastrous invasion of England. Between 1767-69, the land around it was looted and in 1787 William Hamilton laid out a symmetrical square of handsome three-storey houses, which quickly became the fashionable residence for the tobacco lords and merchants before the expansion of the city and the westward movement of the wealthier citizens in the 1800s. While the church remained in use, the area sadly regenerated and in the 1900s the once fine residences became gap sites and poorly maintained workshops and warehouses.

The church had become by then, a fashionable walking place for citizens and the focal point of the residential buildings. During the 1800’s further changes occurred and wealth began to move to the West End of the city centre, industrial and other uses. Although further alterations were made in the 1900’s, St Andrew’s remained one of the most impressive eighteenth century churches in Scotland.

The congregations of many churches have shrunk and many have merged leaving buildings deserted. It was under such conditions that St Andrew's in the Square found itself unoccupied after almost 240 years. The last service was held there in 1993. It was still owned by the congregation, but the prospect of the heavy burden of ongoing maintenance was too much for it and it offered it to the Glasgow Building Preservation Trust for a token amount of £1. Through them it was sensitively transformed into an exciting centre for the arts and other events. And it became the stimulus for the fine Georgian houses around the square to be restored too.

The building has been returned to its 18th century lightness of spirit.......St Andrew’s Square is a model of new urbanistic practice and theory. The church has acted as a catalyst for local repairs and improvements within the city fabric of East Glasgow. Both the conservation of the church, as an individual building, and the square, as part of the city, are the successful result of an intricately planned co-ordination between many bodies such as designers, heritage institutions, users’ groups or developers.

My photograph shows the richly ornate and gilded vaulted ceiling. The atmosphere is light and cheery. Wow!