These premises are listed “B” as Paisley, 25, 27, 29 Causeyside Street, Paisley Co-Operative. The exterior is rather nice, although needing some attention at shopfront level. It is part of the Paisley Town Centre Conservation Area through which Renfrewshire Council is promoting good conservation practice, regeneration and upgrading of the urban realm. 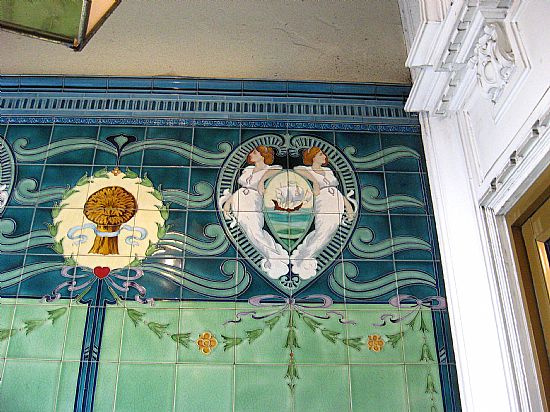 The building was designed by architect Robert B Miller in 1907-8 and considered to be in the free Renaissance style. This style is attributed to English architect, Charles Eastlake (1868-1890) with his tendency for rich surface ornamentation. While I am not convinced that description this really applies to the building generally, I want to draw your attention to the exquisite tiles in the entrance. They are hardly mentioned in the listing text, but are in fact the most enticing feature of the building. 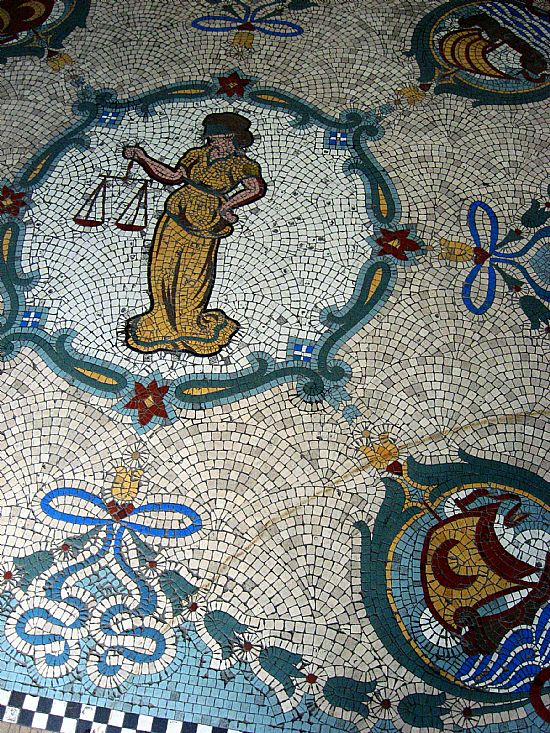 The tiles were produced in Glasgow by James Duncan Limited. Their cool turquoises and blues draw you into the entrance. If you can possibly find some excuse to go further, I suggest you try to get beyond the main doors to the lobby space just inside as there are even more rich tiled friezes there too. You can merely peer through the doors, but only getting inside allows you to fully enjoy them. Patterns interspersed with symbolic forms such as classically clad women, ships and wheat typify the style of the era and convey the business within the premises. 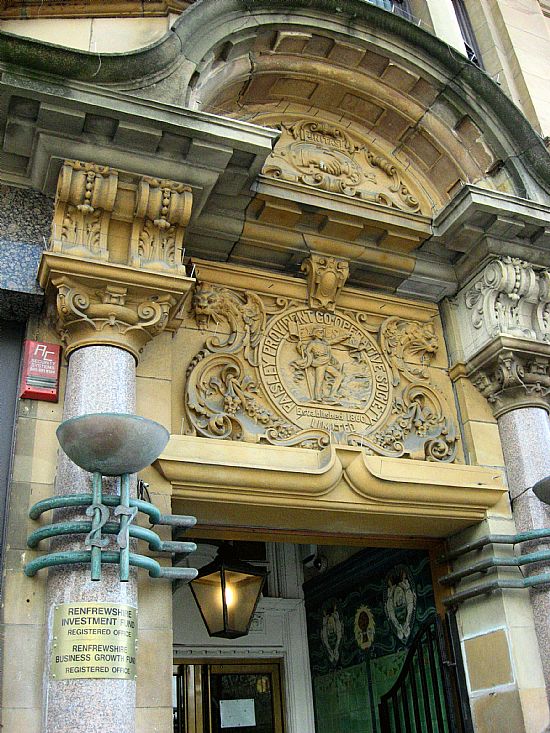 I have included a link to a paper on the manufacturers below.

Journal of the Tile and Architectural Ceramics Society : http://www.historicshopfronts.co.uk/files/The_Tiled_Shops_of_James_Duncan.pdf