Sitting in Shandon above the Gareloch is an elegant sandstone house. Well, it used to be elegant. It has become victim to the changing conditions so many have, as households have shrunk and new adaptations are required if they are to survive. This one hasn't managed to. So far...... 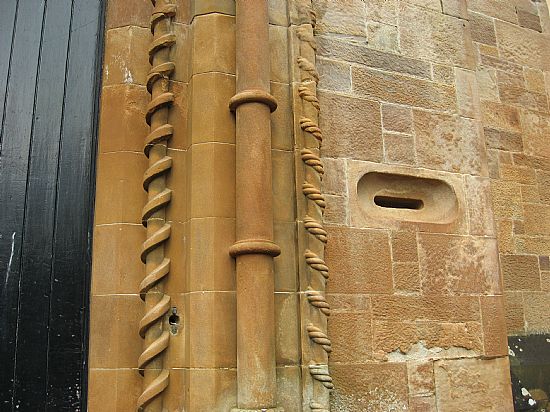 Here I have focussed on just a few detail around the doorway, simple although of three different styles alongside each other, that indicate the level of craftsmanship. The rest of this building is slowly decaying and it is difficult to find some view that expresses the elegance, that doesn't also shout dereliction. The very sad thing about this building is that until very very recently it housed departments of the Argyll and Bute Council such as that for Planning. 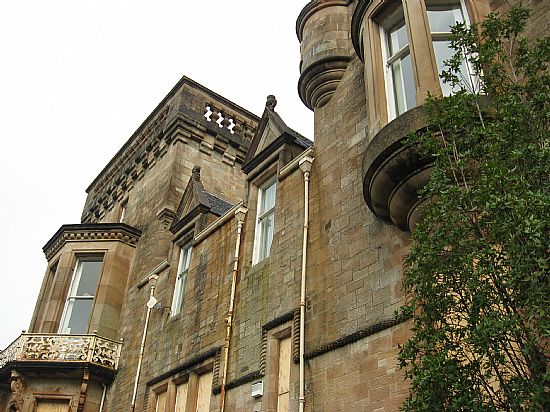 So what went wrong?

Well we can put much of that down to it no longer serving the needs of an efficient and modern Council. It stands today rather forlorn and awaiting for someone with initiative, an innovative solution and funding. Many such large old houses have been restored, adapted and subdivided as flats. Some have become hotels. There are several in the area that have successfully undergone this. But it is not always easy. 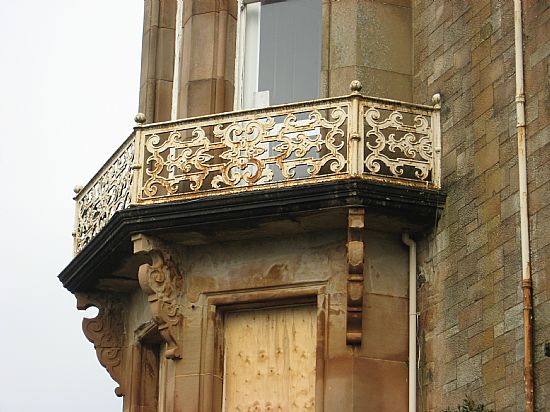 An earlier house on this site was replaced by this one designed by the leading Victorian architect J.T. Rochead, in the fashionable Scots Baronial style, complete with massive keep, turrets and battlements. The client was the politician and manufacturer Sir James Anderson, Lord Provost of Glasgow from 1848-51 and later MP.

In 1939 it was bought by the Public Assistance Department of Glasgow Corporation for use as a children's hospital......One reason for this might have been the potential risk posed to the children by World War Two bombing if they stayed in the city. However, Glasgow Corporation retained its interest in Blairvadach after the end of hostilities. 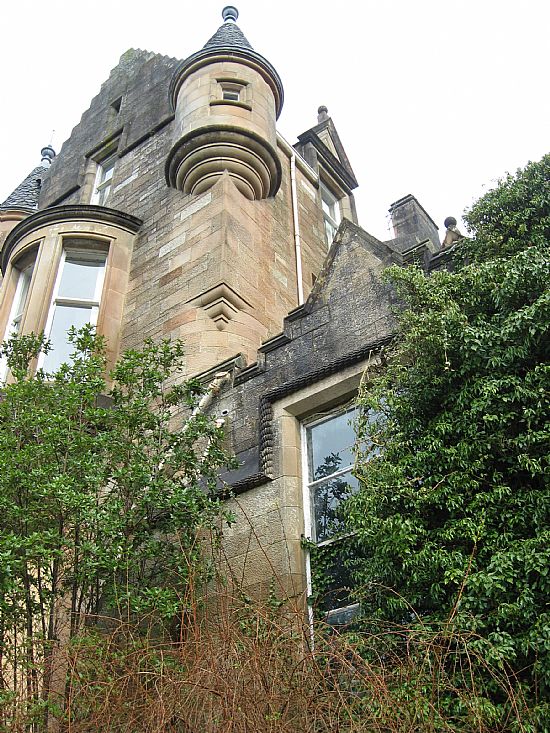 Even though quite desolate up there, the house can be visited, although I would advise great caution. Only the exterior can be seen. The view towards the Gareloch is great. The presence of Faslane not far away could be a bonus or a problem depending on your point of view, but passing shipping is always interesting.

Any ideas? Or offers?