This small church is considered the best preserved Romanesque parish church in Scotland. Romanesque is the style which is strongly influenced by Roman architectural form and method such as round arches and decorative blind arcading, something which is also evident during the Byzantine period. England was influenced by the Saxon kings bringing in masons from Europe and this was followed by the Normans from which we get Norman architecture, a variation of it developing. Scotland had both influence from England and more directly from Europe which is why we use the term Romanesque here. 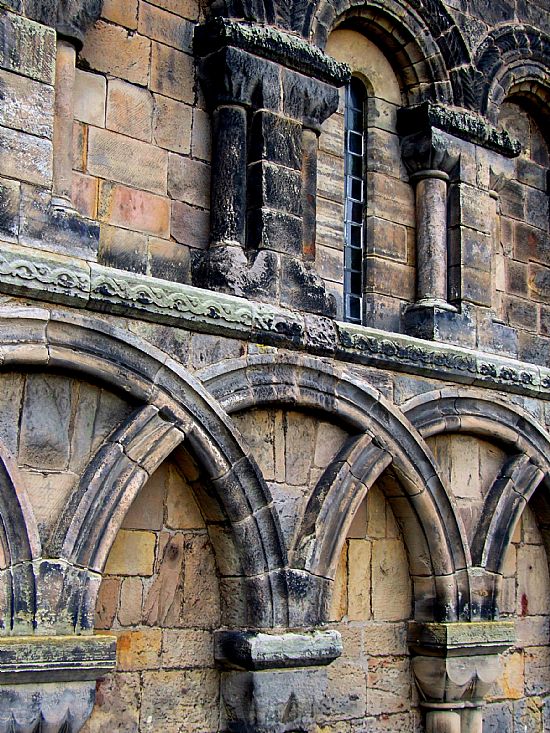 “Leuchars” is derived from the Gaelic word "luachair" meaning place of the rushes. There was a settlement of sorts here in the late 1100s when Robert de Quinci built Leuchars Castle on Castle Knowe, half a mile to the north. It was also Robert de Quinci who had this church built in 1187 and had it dedicated to St Athernase in 1244.

The interior is generally rather plain, but has an elaborate chancel and apse arches with beast and human heads protruding from the corbels supporting the ribs of the internal vaults and in a course along the exterior. The nave has unfortunately been rebuilt. The apse roof is crowned by a rather incongruous small bell-tower added in the 17th century. Many mason's marks can be seen, of which several are identical to some in Durham cathedral.

My photograph shows the very typical Romanesque blind arches in levels across the exterior façade.

Certainly one of my favourite church buildings.