This imposing church building is a ruin, but still manages to express a sense of authoritative dignity over Lennoxtown. It is little more than a shell with lush vegetation embellishing the windows and parapets.

The church is approached through a magnificent gateway on the High Street. The churchyard has several tombstones of note and beyond the old section lie more recent graves. 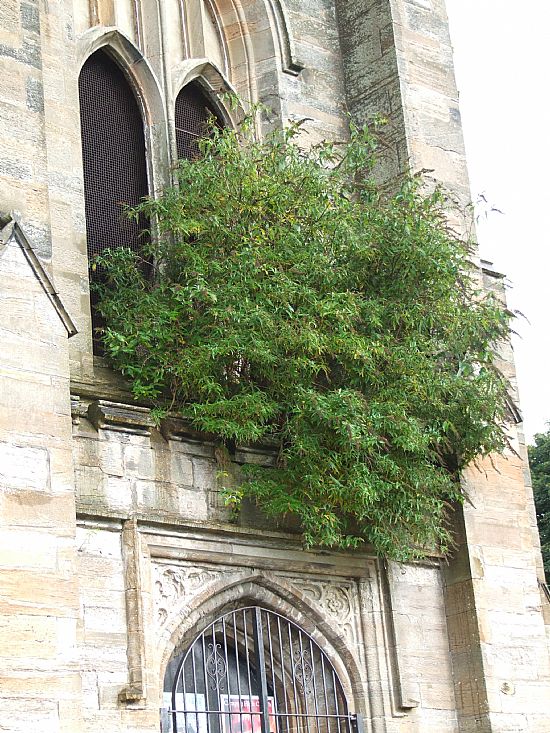 It is an “A” listed building deigned by David Hamilton, Architect in 1828. There is little information in either the Historic Environment Scotland listed buildings or the Canmore website. This is rather surprising considering its stature within the town. However the Buildings at Risk Register for Scotland has a quite extensive record of its plight. Of this the following is significant :

“July 1990: External inspection reveals the church to stand as a roofless but stabilised shell, after it was ravaged by fire some 7 years ago, a demolition application was refused in 1983. 23 June 1993: The Kirkintilloch Herald reports that the church faces demolition if repair funds are not forthcoming. It has been fenced off by the District Council at a cost of £5,000 but has continued to suffer vandalism. The Council has been unable to trace the owner and has now written to the Scottish Secretary asking him to ensure the preservation of the building's remains. Local councillors are appealing to the Planning Committee to release funds to prevent further deterioration”.

The Buildings at Risk Register not identifies buildings at risk, but optimistically hopes that at least some can be rescued through innovative means and alternative usage. We frequently see churches turned into housing, restaurants, community halls etc, but quite what this one could become remains unknown. Changes in religious commitment within modern society leaves a great many less than viable in their original purpose. 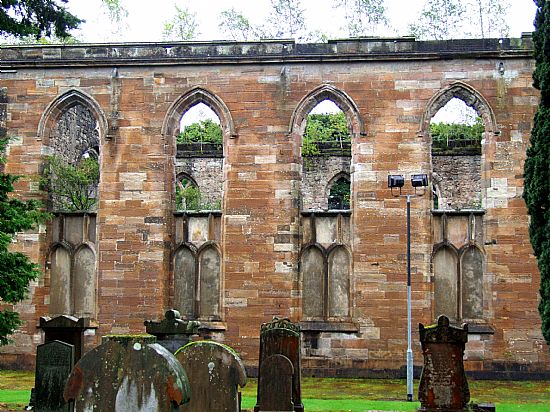 Its future seems to be one of loved picturesque ruin. But even that needs careful attention.