Early in 2017, the last of the iconic red brick buildings on the shore of the River Leven began to crumble under the long reach gnawing machine of the demolition squad. This tall building had stood for years after all that around it had already gone. The financial crash that preceded it almost a decade before had deterred the housing projects proposed for this important site. There had been talk of reusing the tower, with major adaptions, as a pivotal high-rise block of flats. 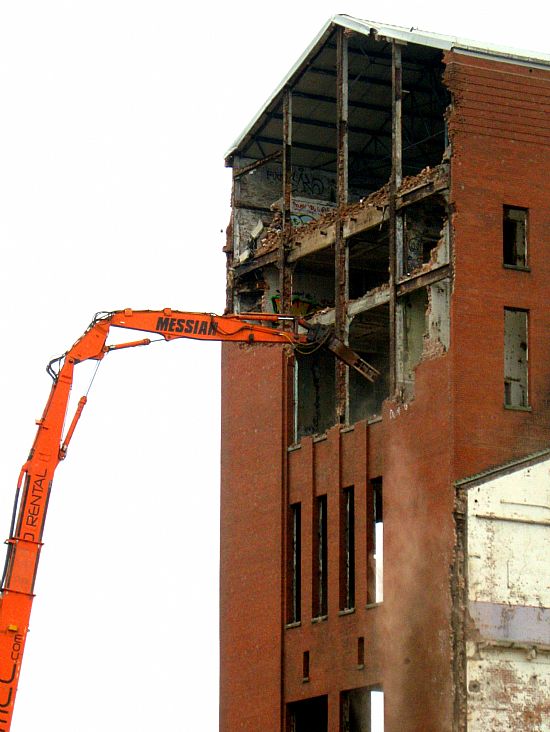 The views would have been amazing. But the adaption to that awkwardly proportioned and very heavy steel and iron frame within was challenging. Perhaps the delay in removing it had been a ploy to get locals acclimatised to having such a tall building amidst the many low rise before rebuilding something of the same height. Whatever it was that now tatty and forlorn structure had gained a degree of sentimental significance. 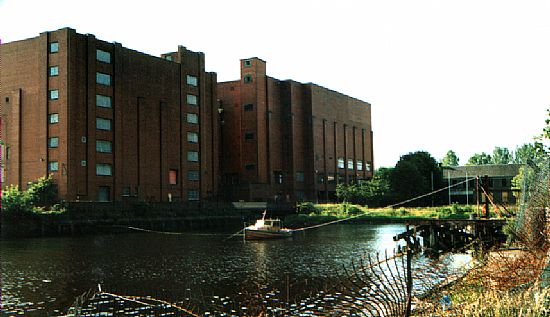 The large grain Dumbarton Distillery had been built by Hiram Walker in 1938, two years after they had acquired George Ballantine & Co. of Dumbarton in 1936, and was one of the largest distilleries in Scotland. 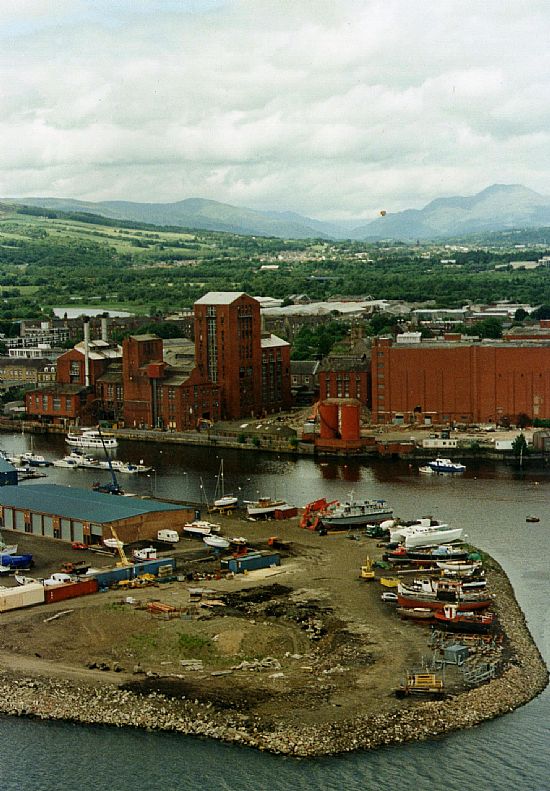 The distillery was built on the site of McMillan Shipyard. You can still see remnants of the quayside. But that is another story. 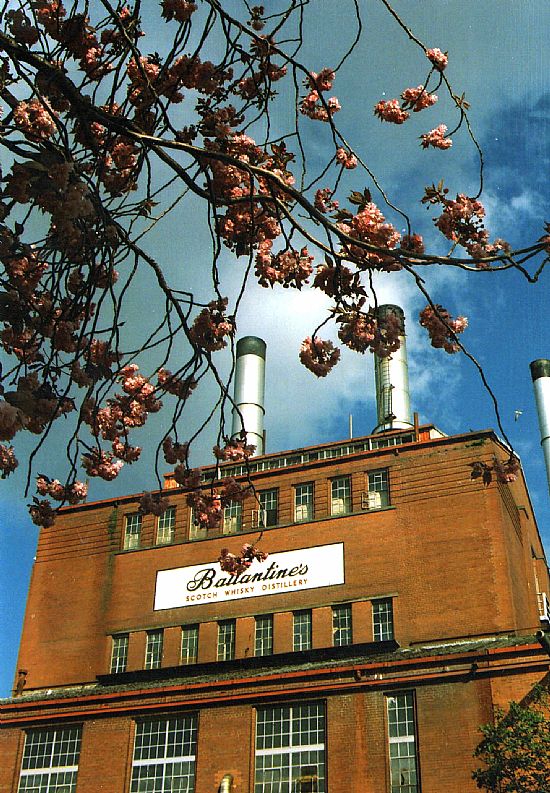 I had seen the lower buildings being removed all those years ago, but had been horrified to find that the smaller and dignified ones along Castle Street suffer the same way. They were effectively a continuation of the housing (and some offices) stretching out between the Denny Tank and the town centre. The town has since endured a toothless gap in the street-scape with a broken fence and views of dust. We are again promised some decent development on the empty site and await without bated breath. There is a general principle in planning that street-scapes are retained intact as far as possible until a suitable replacement is proposed. This could mean that some buildings can become derelict, but preferably they could be given interim use, as could have been done here as they were so similar to the adjoining housing. The alternative, as Dumbarton has experienced, is a broken security fence and dust for many years. (Also see : Elephant and Castle). The buildings to the extreme left of this row as seen below, still stand; the section at the very far corner being of the Denny Tank Museum. 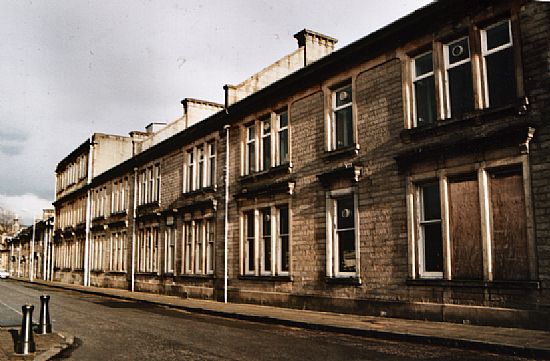 Canmore : https://canmore.org.uk/site/90311/dumbarton-distillery This includes some internal views of the plant.