I was privileged to be briefly involved in surveying this building before its restoration really got going. My photographs are from before restoration, but to me have a sense of discovery of something truly ancient and mysterious. Today visitors will see it much improved and welcoming. 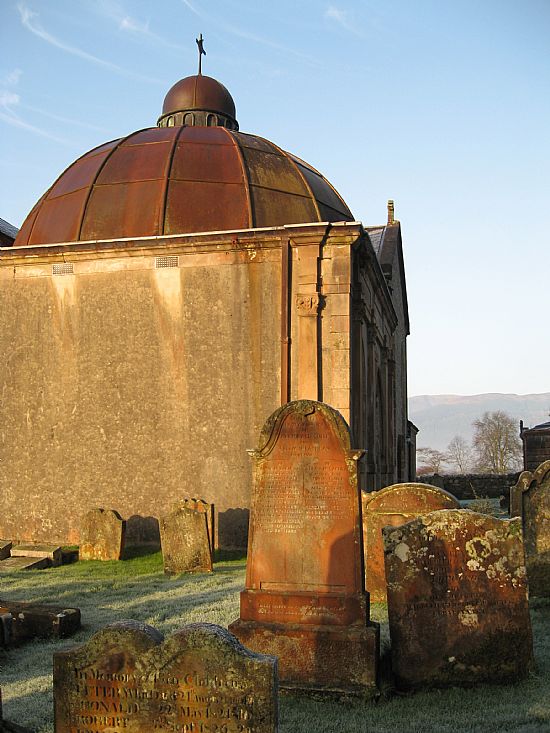 This small building nestles in beside St Munn's Church on the shores of the Holy Loch where it branches off from the Firth of Clyde across from Dunoon. 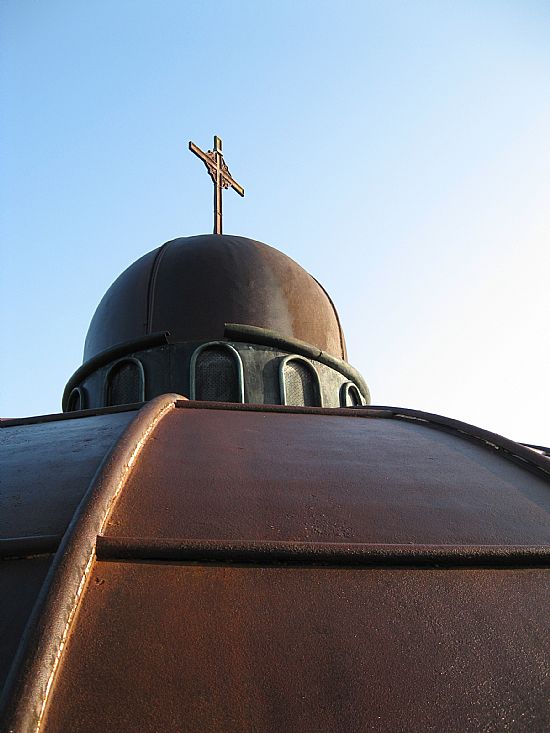 Kilmun church of Munn, “Kil” being a derivative of “chapel”. The footprint is quite square. Inside behind heavy metal doors is a narrow aisle flanked by two rows of tombs. At the far end are two effigies. And in front of them is a bronze sculpture. But it is the roof that is so unusual. It is covered by a dome, nothing unusual in that, but this one is of iron from which rises a drum and a smaller dome. This top section is similar to lanterns as we generally see on domes, but this one is not glazed, but perforated for ventilation - and a little light.

Those effigies are of Sir Donald Campbell of Lochawe, 1st Lord Campbell, (d. 1453), and his first wife Marjorie Stewart, daughter of the Duke of Albany. Sir Duncan founded the collegiate church of Kilmun in 1442, the ruined tower of which stands adjacent to the present building.

The Argyll Mausoleum was built to the designs of James Lowrie in 1795-6, replacing a vault used by the Argyll family inside the Collegiate church. It remained in situ when the Collegiate church was demolished and the present church built. Originally, it had a slated pyramid roof, but this was replaced by a cast iron dome in 1891-3.

The Argyll Campbells were buried in this mausoleum - the last being the 10th Duke in 1949. The interior of the mausoleum consists of two platforms on the side walls containing coffins and on the S wall a wide cusped arch over a niche containing the 15th century effigies of Duncan Campbell, the founder of the Collegiate church and his wife. 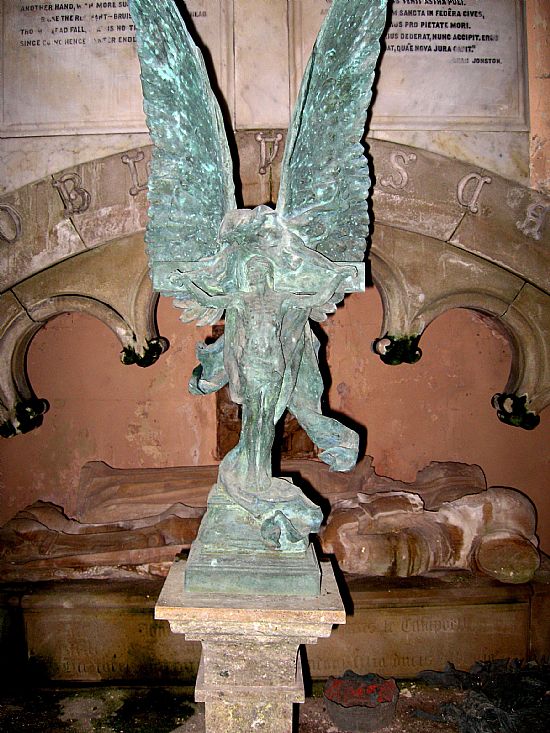 The small bronze sculpture on a pedestal is of a winged figure, an angel, is exquisite. The ninth Duke married Princess Louise, fourth daughter of Queen Victoria. When her father-in-law, the eighth Duke, died in 1900, Princess Louise made a sculpture in his memory.

Benmore & Kilmun Community Development Trust have played a key role in preserving this unique building and the adding of a new visitor centre.