What a wonderful building. This is not the most eye catching of buildings from the street; a chunky sandstone rather abrupt edifice. But don't be put off. Look inside and your will find something rather special. 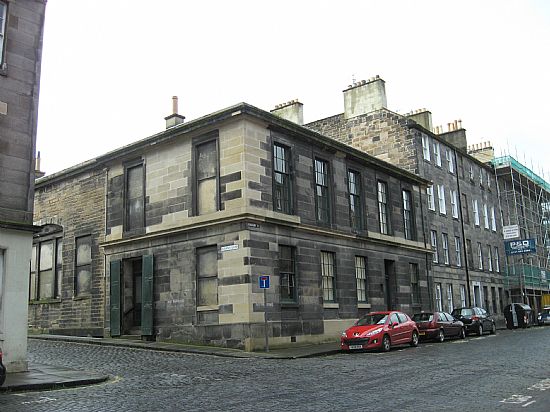 The former Glasite Meeting House was rescued by the Cockburn Conservation Trust before being taken over the Architectural Heritage Society of Scotland. It was at this phase of its life that I got to know it and took this photograph. The Scottish Historic Buildings Trust has since taken it over enabling it to be optimally utilised as venue and office space. 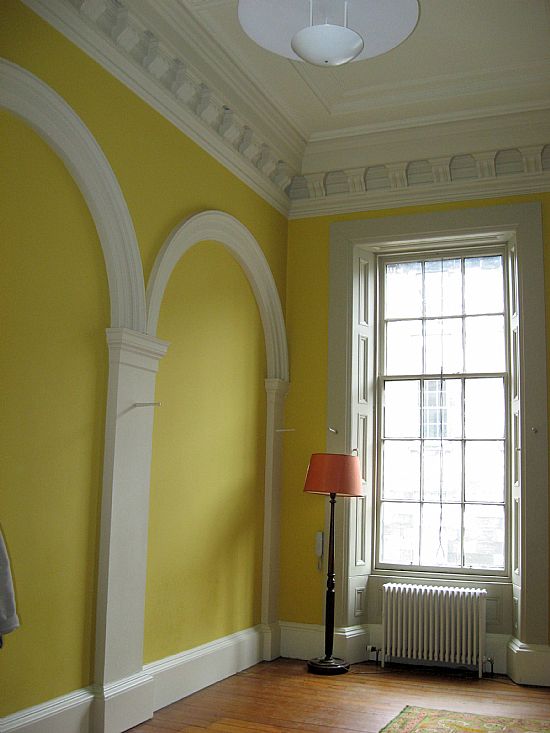 The listing text Statement of Interest gives a succinct description. Glasites were the followers of John Glas (1695-1773), who was removed from the Church of Scotland ministry in 1730 for his beliefs regarding the jurisdiction of the congregation. The first Glasite church was founded in Dundee. 33 Barony Street was built to replace the Glasites first Edinburgh church established in Chalmers Close in 1755. The Edinburgh Glasite congregation was the last to survive, until 1989, and 33 Barony Street was given to the Cockburn Conservation Trust in December of that year. 33 Barony Street adheres to the traditionally simple appearance of Glasite Meeting Houses. An early commission for Alexander Black, he most likely used William Alexander's OBSERVATIONS ON THE CONSTRUCTION AND FITTING UP OF MEETING HOUSES, ETC, FOR PUBLIC WORSHIP (York, 1820) to meet with the design requirements. The choice to use Black's design probably came about as he was made surveyor to the Heriot Trust in 1836, and the land was bought by the Glasites from the Heriot Trust the same year. 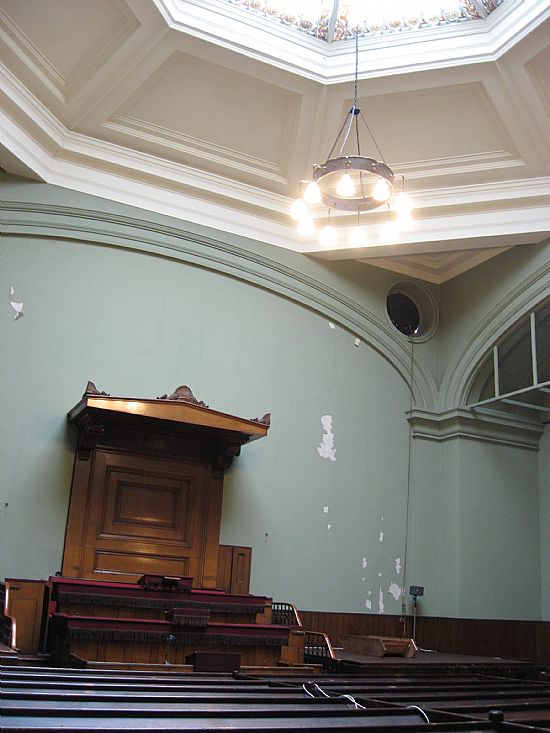 There are some interesting features that range from wooden pegs on the walls to box pews. But the leaded glass that lights the main hall is what I find most attractive and is what appears in my photograph. 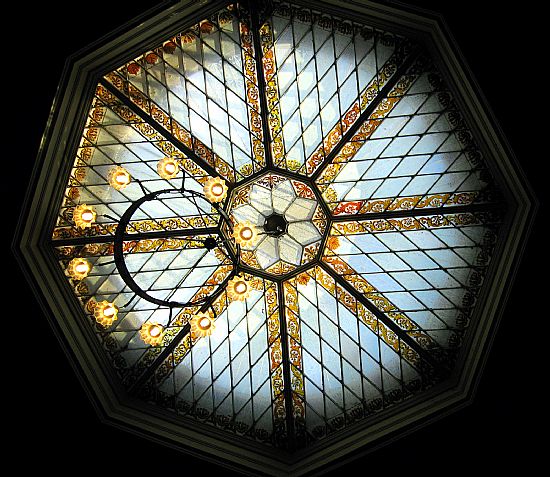