Standing elegantly on the grassy slopes above what most of us know as Duck Bay on Loch Lomond, is an extraordinary large and dignified house. 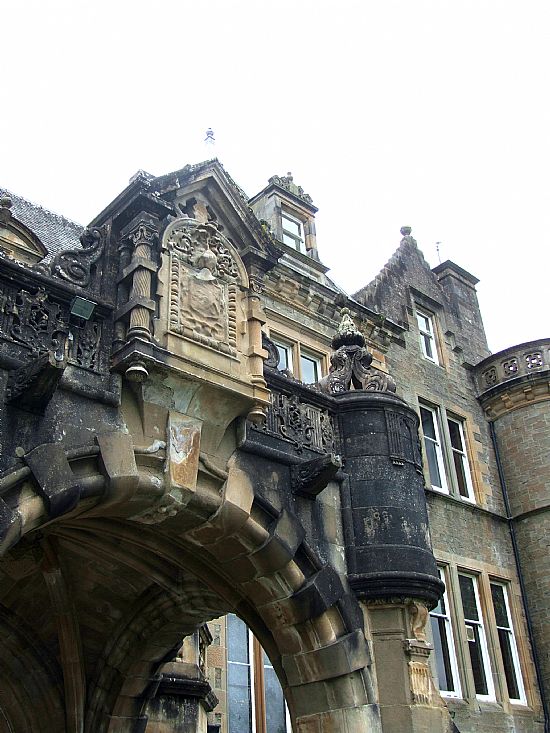 It has recently been restored and returned to much as it original splendour, but spent much of its more recent years as a youth hostel. My photographs were taken during that period. 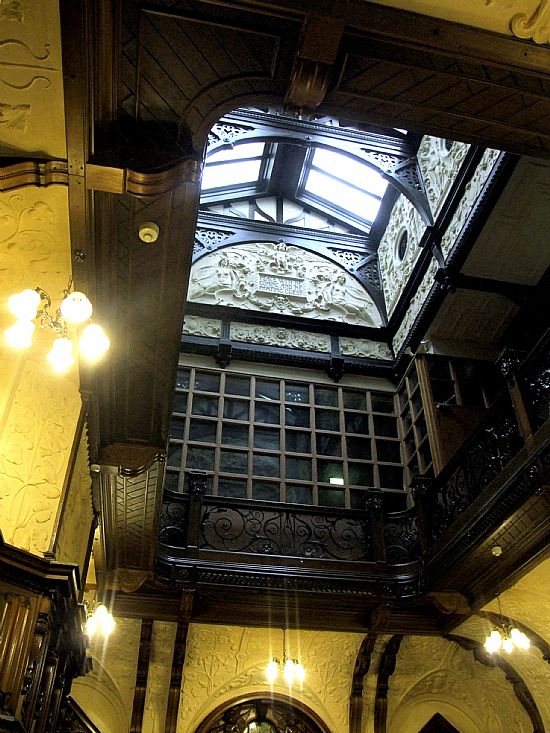 Early in the 19th century, William Rouet, a Glasgow merchant, built an Italian villa on the rising ground of the area, and named the house Belretiro. That house no longer exists. The mansion which now occupies the site was built during 1842-46 for George Martin, also a Glasgow merchant, with later additions to the house being made by a Mr Chrystal, a chemical manufacturer. It is listed as “A” and designed by John Burnet, 1864-6, with additions in 1902 by A. N. Paterson. The house is a 3-storey, asymmetrical, rambling plan Baronial chateau. 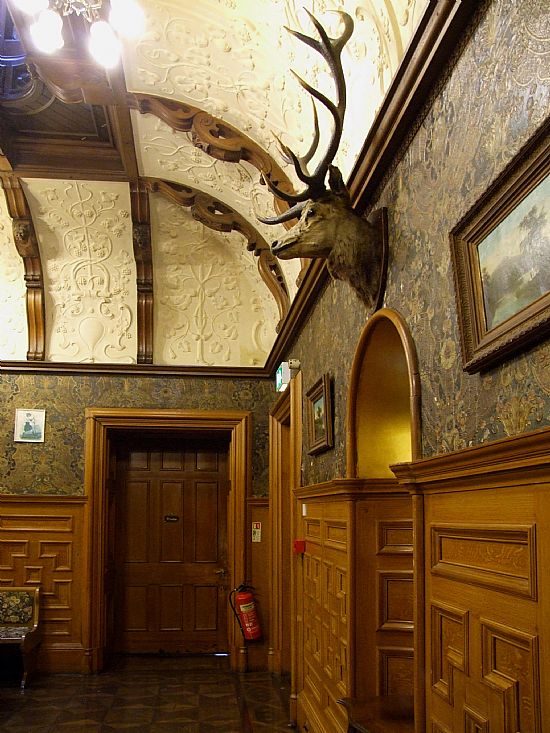 Many of its original features remain. There are some really amazing cornices and hearths, but I have chose this lightwell onto a central hall for my photograph. Other features include a ballroom and a sweeping cast iron staircase with vast stained glass window. Elsewhere in what was the original estate can be found associated stable buildings and fountain.

Canmore (including some architectural drawings) https://canmore.org.uk/site/42483/auchendennan-castle