Kilmartin Glen is one of those places in Scotland where we sense the emergence of our great nation. The valley has numerous ancient sites from standing stones to chambered burial cairns from thousands of years ago. And even early Christian carved stones. It is impossible to do the whole area justice here, so I have chosen just one cairn. I recommend that you follow up the links at the end for details of all the other features. 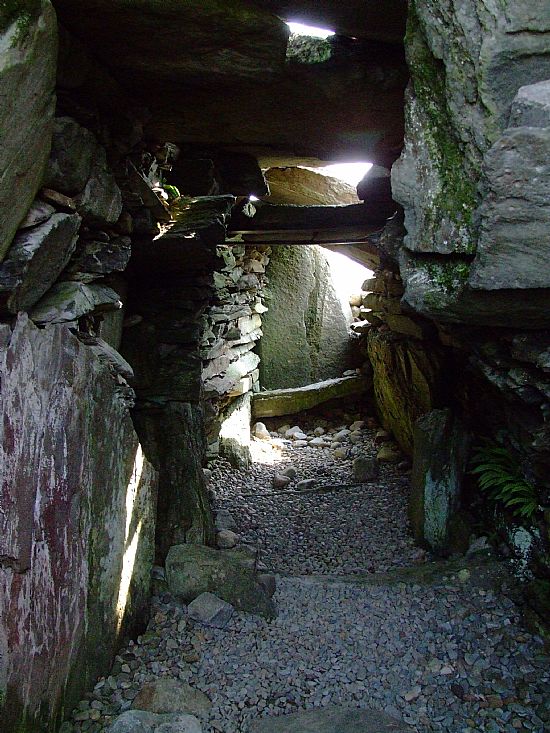 My photograph shows the interior of Netherlargie South Chambered Cairn. It is thought to have been built about 3000 years ago. The neolithic era. Just imagine being inside a building, in Scotland, built 3000 years ago. Chambered cairns are found in other parts of Scotland too, those of Orkney being well known. They are divided into chambers or spaces by stone slabs and walls. What you see here is an entrance way, but this is more to do with the site being disturbed than by design. Such structures would have been covered by rocks and soil. 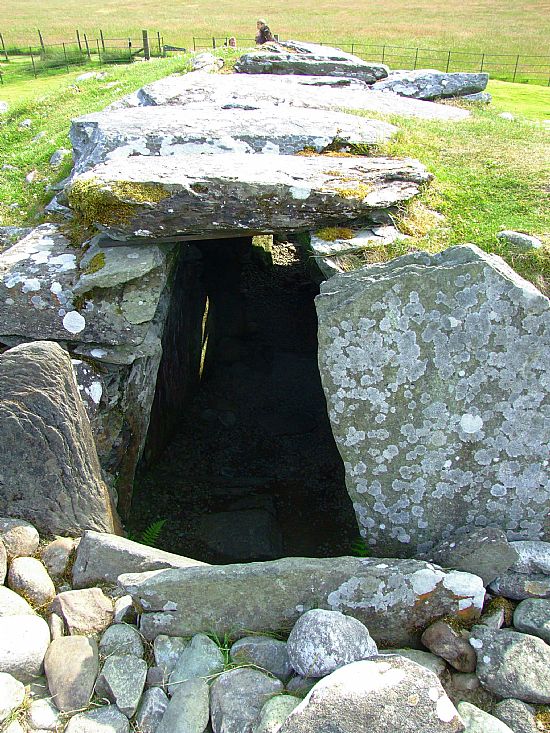 This chambered cairn is similar to those found on Orkney and elsewhere, with a large chamber divided by stone slabs into stalls. Early cairns, as this one, are believed to be burial sites of ancestors, but they seem to be intended for selected bones after excarnation rather than whole bodies. Later ones are more like round barrows used to inter whole bodies within individual cists.

I highly recommend a walk down Kilmartin Glen. This is where Scottish architecture began.