Settled in the gently rolling scenery of Dumfrieshire near Palnackie and Castle Douglas is this picturesque little fortified tower house. The peacefulness of the area belies an earlier unsettled time and the very reason why habitation was built in this form even for small homes. Square and round defensive tower houses sometimes known as peel towers were built along the borders of the country and of course this area could be open to skirmishes from the south. They were not only homes, but watch towers and signalling points. While all such towers were parapeted, not all remained fully accessible at roof level. I have chosen this picture as it shows a double parapet with a walkway all the way around (a bit like a broch); a vantage point for watching out, signalling and possibly defence. 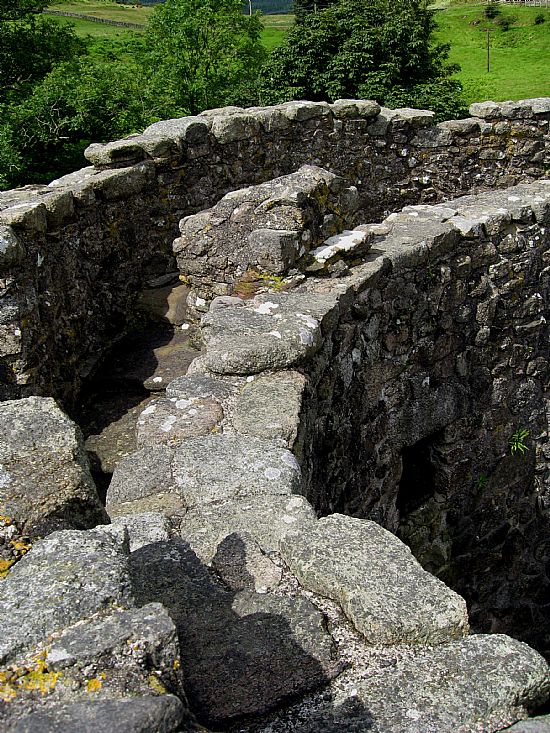 Orchardton Tower is thought to have been built by James Cairns shortly after he acquired the estate in 1456. The area had been in the hands of James Douglas, ‘Black’ Earl of Douglas whose support to the English led him into conflict with James II of Scotland. In 1455 he was overthrown when his last stronghold at Threave Castle fell to the King. Douglas fled to England and his lands were divided between the King’s supporters. What prompted the King to grant James Cairns the Lordship of Orchardton, is unknown but his father had been a military engineer and it is possible James had served the Royal cause in a similar role. 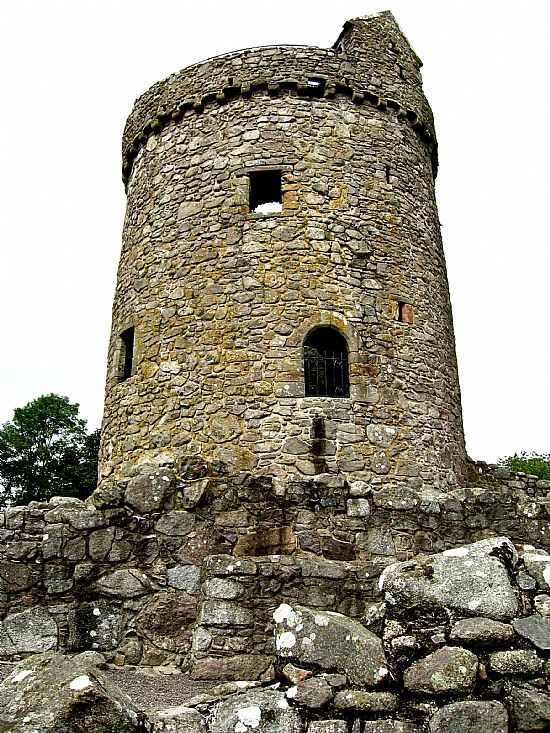 Orchardton Tower is unique in Scotland for it is the only free-standing circular tower house in the country. The general configuration was similar to a normal tower house with a storage vault on the ground floor, a hall on the first and accommodation in the upper levels. A wall walk, accessed via a gabled cape-house, allowed for rudimentary defence but the site was clearly not intended to withstand a determined attack. Unusually the vault could not be accessed from inside the tower itself. It had a separate doorway from outside perhaps so that if breached, the occupants could remain relatively safe above. Like many such facility the tower was just one component of a fortified compound. Other buildings would have provided support facilities such as a great hall for the administrative and public reception functions.