George Ross [1770-1850] was the eldest son of Rev Andrew Ross [1726-87], minister of Insch, near Stranraer, and then of Balsarroch. He completed his education in Rotterdam and then traded as a merchant in London, where in 1796 he married Christian Clark. The couple had five children, three sons and two daughters. George’s business failed and in 1808, through the influence of his younger brother, Andrew [1773-1812], by then a lieutenant colonel and acting deputy-governor of Demerara, he was offered the post of Collector of Customs in the colony.

George took up the post after the death of his wife in 1809, leaving his children in the care of relations. Returning from Demerara he was taken prisoner by the French in 1814 and imprisoned for a time in Nantes. Released later in the year he formed a new business partnership and returned to Demerara.

In addition to his role in the customs, Ross discounted bills of exchange. As a result of a dispute he was dismissed from his post in 1819 and imprisoned in Georgetown. Following an appeal, and an attempt by Ross to prosecute the colony’s governor, he was re-instated by the Lords of Treasury in 1821 and returned to the West Indies in 1822. He finally returned from the West Indies in 1824. 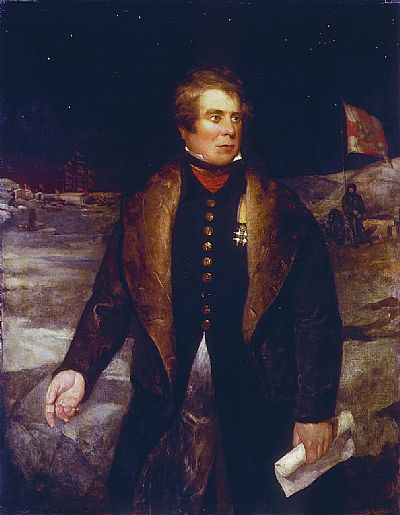 Both George Ross’s brother, John Ross [1777-1856], and George’s son, James Clark Ross [1800-62], made significant contributions to polar exploration. John Ross’s ship, the Victory, had set off on an expedition in 1829, with James Clark Ross as part of the crew. When the ship did not return George Ross led public calls to fund a voyage to search for them. George intended to lead the search himself but the project was stood down when the crew of the Victory, who had been picked up by another vessel, returned to England in October 1833. John Ross was knighted in recognition of his discoveries during this expedition and James Clark Ross was knighted in 1844 for his discoveries in the Antarctic.