The artist Joshua Bryant was resident in Demerara from 1809 until after 1830.

In 1811 he established an exhibition in premisses on plantation Vlissingen featuring a panoramic oil painting of Stabroek, viewed from the Union Coffee House. The Panorama opened in July after a delay caused by the effect of the climate on the oils and was open from Monday to Saturday, with ‘Wednesdays and Saturdays appropriated for the admission of Free People of Colour’. Admission was 4 dollars, but this price was halved by early August.

During the exhibition he placed an advertisement seeking commissions:

[Mr Bryant] undertakes to paint PORTRAITS in Oil Colours, as likewise VIEWS OF ESTATES; and having studied much, while at Paris, that department of Painting which relates to the Decoration of Buildings, he trusts he shall give satisfaction to those who might employ him in ornamenting their Houses. - He likewise professes teaching the different branches of Drawing and Painting, in which he has had much practice while in Europe.

Shortly afterwards he had produced ‘transparencies’ as part of the lavish decorations for a ball and supper held in honour of the birthdays of the Prince Regent and the Duke of York. These illustrated ‘the victories of Palavera, Albuera, and Barrosa’.

Bryant responded to the slave rising of 1823 by writing and publishing An Account of the Insurrection of the Negro Slaves in the Colony of Demerara. This was illustrated by thirteen plates - eleven of scenes from the suppression of the rising and two maps. The illustrations included gruesome views of the execution of ‘rebels’, of bodies hung in chains and of severed heads spiked on poles. 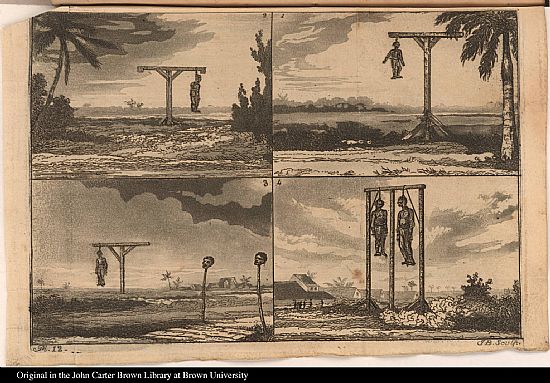 These works are markedly different from the idyllic views of plantations presented in Bryant’s surviving oil paintings. 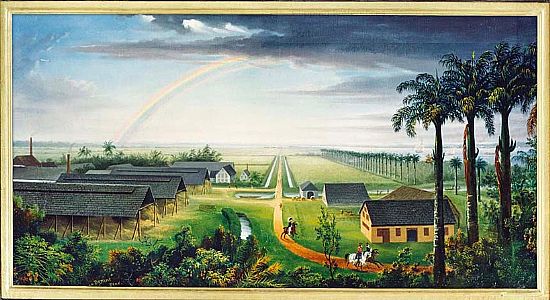 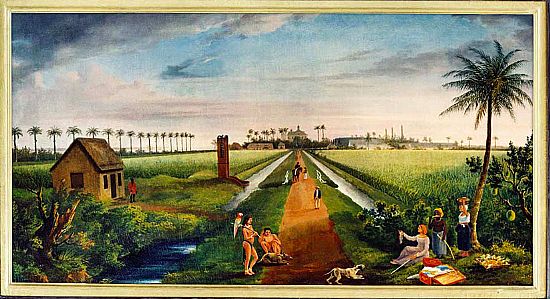 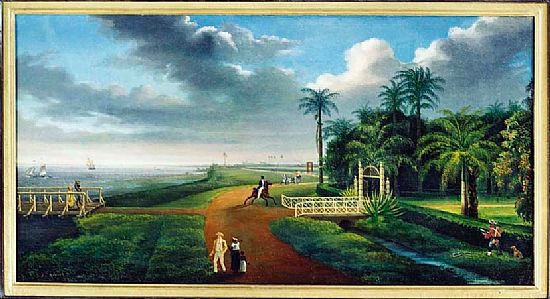