The Presbyterian McCamons of Newry in Northern Ireland, who were related to James and Lambert Blair, invested in the slave trade from the 1750s. In 1799 John McCamon & Co owned six plantations on the east sea coast of Berbice; and J Prowell and J McCamon owned one plantation on the west sea coast.

In 1810 [E&DG 1 May 1810] he was one of those who subscribed towards the establishment of St George’s Church in Georgetown (Demerara) and in 1814 was a member of the Court of Policy of Berbice. 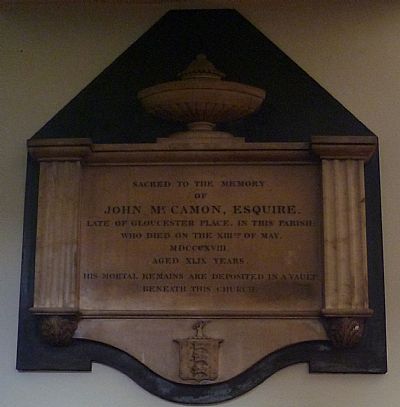 In 1817 John McCamon owned two plantations in Berbice in his own name (with 356 slaves) and owned five plantations jointly with James Blair (with c1200 slaves).