In 1752 Daniel Stewart received a grant of plantation Donoon on the west bank of the Demerary river and, in 1759, also owned plantation Dundi in Essequibo, formerly called Zorgvliet.[University of Amsterdam, 1759 maps of Demerara]

In 1761 the Dutch Governor of Essequibo and Demerara, Storm van’s Gravesande, noted that Douglas Stewart owned plantation Dundee in Essequibo, where he had successfully erected a windmill, and also referred to this as ‘Mr Steward's plantation Zorgvliet’. [Storm van 's Gravesdande, The Rise of British Guiana] 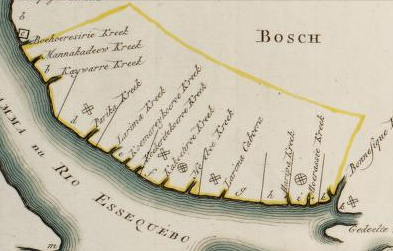