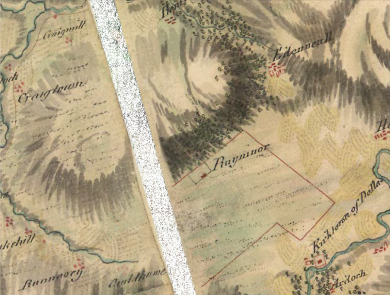 There were other Cumings in Guyana. James Cuming late of Sluie [Moray] died in Demerara on 21 January last [i.e. 1801, Edinburgh Magazine]. He was noted as being in Demerara in either 1790 or 1796 [Elgin Courant, and Morayshire Advertiser, 5 April 1898 quoting Rose Papers]. The Cuming family of Sluie were referred to in Lachlan Cuming's will as relatives. In 1801 Thomas Mewburn, on behalf of the late James Cuming, beganthe process of manumitting (freeing) an enslaved woman called Belinda and her 'mulatto' child James - presumably the son of James Cuming [National Archives of Guyana].