Fairbairn bought slaves on a number of occasions from Macleod and his partner, William Mackenzie, who were in business with Mackenzie's uncle, the slave trader George Baillie. Macleod also prepared a 'magnificent collection of stuffed birds and animals' for Lord Seaforth.

In 1807 Fairnbairn wrote that 'JC Macleod has gone home – I presume you have seen him – his estate on the Corantine has not yet done much with the past crop but much expected'. In June 1808 his father, Donald Macleod, wrote to Hugh Rose saying: 'I have this moment heard that Crauford is arrived at Edinburgh by no means well. What physicians there may do for him I know not but I trust in God they will think of something to reestablish his health & strength.' [Letters in National Archives of Guyana].

By 1810, when bankruptcy preceedings were well underway against the partners in Mackenzie & Co, Macleod was desribed as 'late of Demerara, now of the Huntley Hotel, Leicester Fields in the county of Middlesex'. [London Gazette] 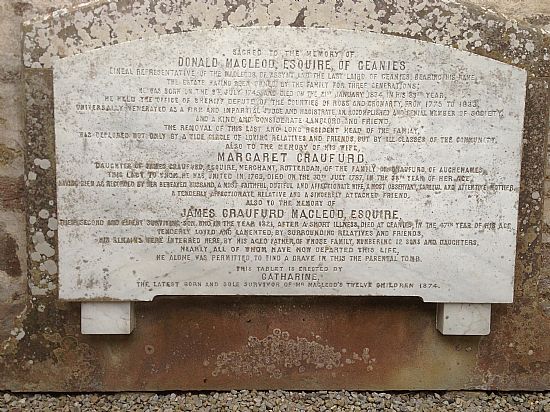