The man who, as a slave in Guyana, would be renamed ‘Inverness’ was sold on 18th July 1803 by William Mackenzie & Co of Cumingburg, Demerara. Mackenzie, with his partner John Macleod, acted as agents for the slave trader George Baillie.

The purchaser was Peter Fairbairn, the manager of Lord Seaforth’s estates, who bought him as part of a lot of twenty ‘prime negroes’, taken from Africa – probably the Gold Coast. The ten men in the purchase were renamed Brahan, Britain, Kintail, Lewis, Gordon, Crawfurd, Ross, Sutherland, Dingwall and Inverness. [NAS GD46/17/25 List of negroes purchased for Pl Brahan 1 Jan 1804]

They were taken to Plantation Brahan on the west sea coast of Berbice, where land was being brought into cultivation for cotton. In the last quarter of the year Fairbairn reported that ‘desertion was furious’ and Inverness and Dingwall were among those who had escaped. He was recaptured in January by an expedition into the bush to hunt ‘runaways’. He had been part of a group of about fifty escaped slaves, including Dingwall, who remained at liberty. [NAS GD46/17/23 f290 18 Jan 1804]

Inverness escaped again and in an undated letter Fairbairn later described him as ‘one of the Brahan runaways who has been long absent but who it seems knows the way back and holds correspondence with the coast’. He had helped another runaway, Favourite, to ‘carry off one of the negroes’ from Brahan. At this point Fairbairn believed there were about 100 runaways in the bush not far away. [NAS GD46/17/80f244]

Recaptured runaways, like Inverness, were often forced to wear iron collars with hooked spikes, which made further escapes difficult. 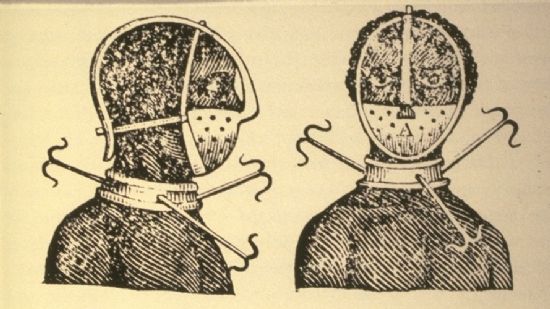