George Rainy returned from Demerara in 1837 and married three times.

Margaret Janetta Louisa Darroch
On 16 February 1839, in Largs, George Rainy, now aged forty-eight, married twenty-seven-year-old Margaret Darroch, the daughter of General Duncan Darroch of Gourock and his Irish wife, Elizabeth Cotter. Duncan Darroch had inherited the estate of Gourock which his father had purchased in 1784, despite being an illegitimate son, born in Jamaica to a Mary Rowan, who is likely to have been a ‘free coloured’ woman. He made in career in the army and married Elizabeth during his service in Ireland following the Rebellion of 1798, subsequently serving in Hanover, Buenos Ayres, Spain and Portugal, and Canada. His four surviving children, born in Ireland, Canada and perhaps Scotland, were not baptised until 1824, when the oldest was twenty-four. Margaret died only twenty-two months later in November 1840.

Margaret Haygarth
In 1844 George Rainy married Margaret Elizabeth Haygarth, the daughter of the deceased Rev George Haygarth, vicar of Hooe, Sussex. She was twenty-four and he was  fifty-three. His wife's only brother was by this date a doctor in Tasmania and later lived in Bolivia. They had one child, a son baptised George Haygarth Rainy. 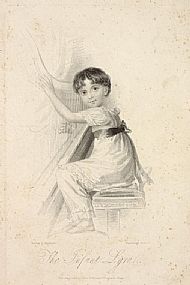 Early in 1860, aged almost seventy, George Rainy married Isabella Rudkin, who was almost thirty years his junior. She was then the widow of an Irish clergyman, her first cousin the Rev George Hingston, and mother of several children, but as a very young girl Isabella had been a sensational musical prodigy, known as ‘The Infant Lyra’. She played her miniature harp at public and private concerts, first in Dublin, and then throughout England and in Scotland, from July 1824, when it was claimed she was ‘aged 3 years and 8 months’, until about 1832. She sometimes performed with her mother and three older sisters and later with her younger brother, known as the Infant Mozart, who was reputed to be only 13 months at his first appearance in 1827. There was certainly some misrepresentation of their ages since, almost two years later, she was billed as appearing with ‘her Baby Brother, aged 21 months’, but she was nevertheless a remarkable performer. In Manchester, in 1824, she shared a platform with the 12-year-old Liszt who, on perhaps the only occasion in his life, was upstaged.

The demands on her were gruelling. In London in 1826, for example, she appeared after midnight at a fashionable converzatione for over sixty people and, in additional to public performances afternoon and evening, she appeared in private at the houses of the nobility. There was also adverse criticism with one hostile reviewer describing her as ‘sprawling over a harp like a sider over a web’.

As time went on she slipped from the main billing at concerts and a number of denials that she had died were perhaps simply attempts to regain a public profile. Anne Chalmers, who met her c1837 and again in the 1870s, recorded that: ‘She had wonderful success ; they said the Princess Victoria had walked up and down the room with her, their arms round each other's waists. She got jewels showered on her and had large audiences. But all had melted away, the jewels sold, the money spent.’ A print of her as ‘The Infant Lyra’ was well known and when Anne Chalmers first met her she commented that, ‘She had still the large black eyes, and the charm of the Southern Irish with their careless ways’. Some thirty or more years later, after she had married George Rainy, Anne described her as a ‘stout matron, still untidy and extravagant in giving to Irish relations, but [with] the same fine eyes’.

Isabella survived George Rainy by fifteen years, living in London with her daughter Issy Hingston until her death in 1888.