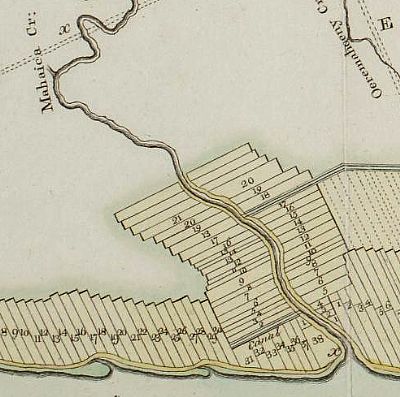 A ‘Mrs John Ross of Demerary’ was in Cromarty (Scotland) in November 1809, when she subscribed one guinea (=£1.05p) to an appeal for the families of those drowned when a ferryboat sank at Meikle Ferry in the Dornoch Firth [Inverness Journal, 3 Nov 1809]. A subscription of 30 guineas (=£31.5) was also made, in John Ross's name, towards the establishment of Tain Academy [Tain Museum, transcript 2794]. However, these subscriptions may have been made by John Ross, later of plantation Cromarty, whose wife, Jane Simpson, may also have been in Cromarty in 1809.

Mrs Ross returned to Demerara. During her absence John Ross had offered for sale:

A Stout healthy Young Woman, named Present, with her Mulatto Child about Eight Months old. She is warranted to be a first-rate Sempstress and Washer; - she is also a good Cook, and understands taking care of a house. [E&DRG 9 Jan 1810]

The child may have been Ross’s own.

Lottery
The reduction of human beings to the status of property is vividly illustrated by the lottery organised in Guyana in 1807, with tickets available from John Ross in Mahaica, in which the prizes included ‘A Negro Man named Rowden’ and ‘A Negro Man named Kewley 1,500’. [E&DG 25 Apr 1807]