Robert Grant was from a family of at least six children (Robert, John, David, Christina, Janet and Jane) in Golspie, Sutherland [Will, SC63/34/2]. He owned plantation Golspie in Berbice and was attempting to sell and leave the colony in 1815. In this year he manumitted two 'mulatto children' John and Robert, presumbly his children  [Berbice Gazette, 15 April 1815]. 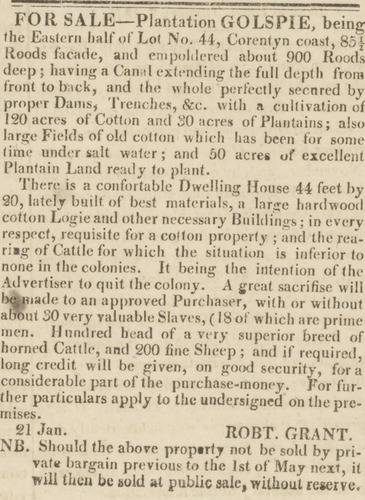