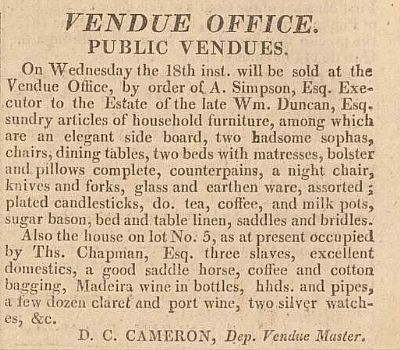 In either 1790 or 1796, William Rose wrote to John Campbell senior & Co sayong that 'By the time this reaches you William Cramond, overseer, and Alexander Brander, carpenter, both from Elgin. will be at Glasgow to go out to Barbadoes. from thence to Demerara, in the service of James Cuming [of Sluie]'.