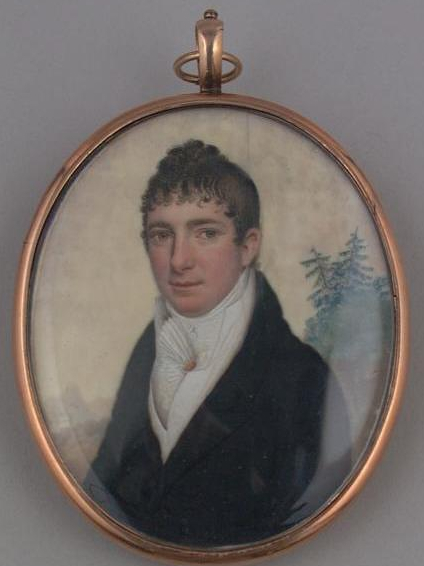 Simon Fraser (29 May 1780-1840) was born in Kilmorack, the son of Rev John Fraser and Margaret Nicholson. He arrived in St Vincent in late 1797, where he went first to meet with one of the Frasers of Belladrum [Highland Council Archive, Fraser of Boblainy papers, D238/D/1/17/5, letter of Thomas Fraser to Simon Fraser, Inverness, 3 Nov 1797].

In 1806 he married Maria Barclay [1782-1862] in Harlem, New York.  Maria was the daughter of Thomas Barclay, British Consul General in New York. She 'for many years lived on the Berbice River in British Guiana and had several children' [Genealogical Notes Collected by George Lockhart Rives].

Simon Fraser and M S Bennet jointly bought the sugar plantation Reliance and a number of its slaves, at vendue on 8th August 1821, from its joint owners - the heirs of the former governor of Berbice, van Batenburg, and Batenburg’s son-in-law Lewis Cameron. The heirs were represented by another son-in-law, Jacob Gerard Cloot de Nieuwerkerk. [Return of Slaves]

In 1826 two of Fraser’s daughters were married at plantation Palmyra - Susan to Wolfert Katz and Margaret to Charles Mackenzie Matheson. [The Edinburgh Magazine]. Susan's marriage soon broke down in acrimony, Wolfert Katz unsuccessfully suing for divorce on the grounds of adultery and then placing an advertisement in the Times to deny responsibility for her debts in 1829.

Bennett was the fiscal of the colony, the official to whom slaves could complain of ill-treatment. Fraser had become a member of the Court of Policy of Berbice by 1826 and defended the colonists from abolitionists who used Bennett's reports as ammunition in their campaign. [see Extract from the Register of the Proceedings of the Council of Government, Berbice.]

At emancipation in 1834, Fraser claimed compensation of over £12,000 for 237 slaves on Plantation Reliance but there were many counter claims, including for the unpaid balance of the purchase price.

In the 1830s, Fraser was an active supporter of the London Missionary Society's mission in Berbice.

Above: miniature of Simon Fraser, watercolour on ivory (New York Historical Society, the of Catherine R. B. Mackie)