William Fraser of plantation Goldstone Hall, Berbice, was born in Cromarty in 1787 [OPR OPR 061/00 0010 0156] and died in Tain in 1830, leaving £100 to the poor of the town of Cromarty and granting freedom to twenty of his slaves in Berbice. He had returned to the UK in 1823 after twenty years in Guyana, where he had owned, in partnership with Richard Downer, five or more plantations.

Goldstone Hall was a sugar plantation in the Canje Creek which had been owned by G Mahler and was brought to judicial sale in May 1808 [Public Ledger and Daily Advertiser, 4 November 1808]. It is not clear at what point Fraser acquired the property.

Fraser had five children with two 'free coloured' women. The mother of Anna Maria (born c1810 in Barbados) was a woman called Mary Stuart (or Stewart). The others were the children of Elizabeth Swain Bannister in Berbice - John (b1810), George (b1815), Elizabeth and Jane. In 1823 he succeeded in obtaining letters of legitimisation from the Secretary of State, in London, so that his four surviving childen, Elizabeth having died, could inherit his property ['The Shadow and the Substance', Rawle Farley, Caribbean Quarterly, Vol. 4, No. 2 (December, 1955), pp. 132-153]. At this point John and George were at school in Paisley (John was among the prize-winners at Paisley Grammar School in 1827 [History of Paisley Grammar School p523]), Jane was at school in Liverpool, and Anna Maria was with her mother in Barbados. In 1826 Elizabeth Bannister's daughter, Jane was at school in Glasgow, maintained there at her mother's expence. Anna Maria died in Inverness in 1892. 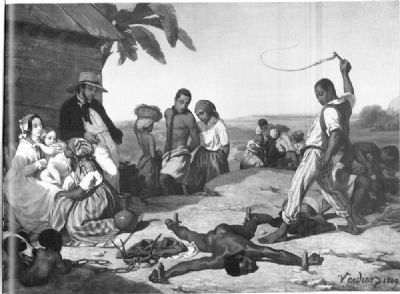