Hector Downie married Elizabeth Jane Barry, widow of Archibald Johnstone, a doctor in the colony. In 1810 she visited the manse at Kiltearn, along with the 'Balcony family'. She was a slave owner in her own right, with her husband acting as attorney [see 1819 Slave Register]. Downie became an army captain, later lived in Rothesay, and died there on 8 November 1844. [PROB11/2008/f351 Will of Hector Downie Esq; Caledonian Mercury Thu 21 Nov 1844 page 3]. 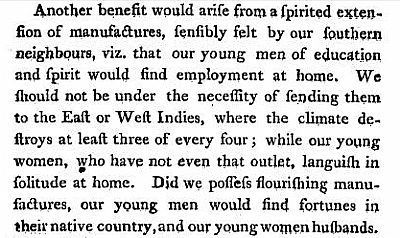