Wolf [Wolfert] Katz [d.1835] was a Jewish pedlar, from Bohemia, who came to Berbice while it was still under Dutch control [before 1796]. By 1824 he had acquired seven plantations and was one of the colony’s largest slave owners, rumoured to have a fortune of £800,000.

In 1807 the young Scottish soldier Thomas Staunton St Clair described Katz as ‘a good-natured little man . . . a Dutch Jew [who] arrived with a pedlar’s box around his neck’. According to a later account he was from the village of Buretshen, in Bohemia, and had run away from home to make his fortune, going first to Ratisbon, where he was imprisoned for debt, and, after his release, to Amsterdam, where he became a servant in the household of a Dutch general about to embark for Berbice. He became a legendary figure in Jewish communities in Europe, an example of the fortunes to be made by those with enterprise, courage and good fortune. He was even reputed to have married ‘a black Queen, a descendant of the Queen of Sheba’.

He had children by one or more 'free coloured' and enslaved women and, when he did marry in 1826, it was to Susan Fraser, a daughter of the Scots planter, Simon Fraser. The marriage broke down in acrimony, Wolfert Katz placing an advertisement in the Times to deny responsibility for her debts in 1829. Susan identifed Maria Barclay Katz as her only lawful daughter born in wedlock but Katz disputed this and unsuccessfully sued for divorce on the grounds of adultery [Will of Wolfert Katz, Baring Archive, HC4.7.1]. After Katz's death Susan married John Alves [1802-57].

in 1820 Wolfert Katz petitioned the Privy Council for the legitimation of six of his children [PC 1/4191 - granted 7 February 1821], named in his will as William, Eliza, Ellen, George, Elizabeth and Susan. His sons, William [b1797] and George [1804-41] attended university and studied agriculture in England.

Eliza [c.1799-after 1881] married, first, James Philo in London, and then Dr William Munro 'of Berbice' and lived in Inverness and Woolwich; Elizabeth [1796-1868] married Benjamin Warren, a master mariner, and lived in Builth Wells, Wales. In 1806 Susan, or Susanna, to whom he was said to be strongly attached, was attending one of the best boarding schools in London and in 1816 married Edward Briant. The couple seem to have lived in Berbice. Ellen may also have married in Berbice.

In his will Katz left an annual payment of 500 guilders to a black woman, Katey, the mother of the 'mulatto' girl, Jane (who was to receive the 500 guilders for her lifetime, after her mother's death). They had both been slaves on plantation Vryheid but had been freed by Katz. He also left an annual sum of 500 guilders to Mary Anne (also known as Mary or Maria), the daughter of 'the late Kitty Hall'. Mary Anne was to receive this annually until she was 25, when she would inherit 5,000 guilders. At emancipation Mary Anne Katz was awarded £486 15s 11d for 10 slaves (British Guiana claim 280). 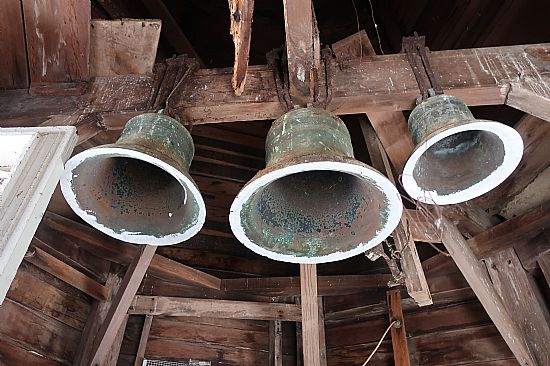 At the height of his prosperity Katz ordered from London an enormous clock for the house on one of his plantations – and when it proved too heavy to be used he donated it to the colony church in New Amsterdam, engraved ‘the gift of Wolfert Katz to the colony of Berbice’. This church became the Scots Presbyterian Church in 1837 and the bells and clock faces from Katz's clock are still in its tower.

Thomas Staunton St Clair, A Residence in the West Indies [1834]