The sisters Mary Augusta Rainy (1828–54) and Elizabeth Jemima Rainy (1830–1899) were both born in Demerara. Their father was the merchant George Rainy, later of Raasay.

Two adult, and possibly ‘free coloured’, women named Mary and Eliza Rainy received compensation in 1834 for the emancipation of their slaves – Mary owned three slaves and Eliza one – and it may be that either or both of these 'free coloured' women was mother of the girls. That is, the girls may have been half-sisters rather than full sisters.

By 1841, aged 13 and 10, the two girls were in England, attending a girls boarding school at Hyde Court, Minchinhampton, Gloucestershire. The school was run by the widow Jane Whittingham, with her daughters, and had thirty pupils. It seems to have offered a good education and from before 1851, but perhaps after the Rainy girls had left, it had a French governess, as well as the Whittingham family, as resident teachers.

In 1849, when she was twenty-one, Mary Augusta married John Frederick Fletcher, a brewer living at Forwood in Minchinhampton. In the adjoining house lived John Fletcher’s older sister, Caroline, wife of George Playne who had inherited a substantial brewing and malting business at Forwood Farm (below)) from his father. Another of John Fletcher’s sisters, Emily, had also married into a brewing family, the Cooks who owned the nearby Tetbury brewery. The witnesses at the marriage ceremony were John Fletcher’s sister Caroline, and her husband George Playne; Mary’s sister Elizabeth Jemima; Eliza Jane Whittingham, a daughter of the Jane Whittingham, who ran the school at Hyde Court, and the same age as Mary Augusta; George Ludlow; and Charles Parker. The last witness may have been George Rainy’s nephew, the son of Rainy’s sister, Margaret, and his business partner Charles Stewart Parker.

John, Caroline and Emily Fletcher were three of the nine children of Sarah Driver and Captain Henry Fletcher, a soldier in the 77th Regiment of Foot who had served in India, the Netherlands and the Iberian peninsula. While the three daughters married into reasonably prosperous local families, the youngest four of the six sons went to Australia.

Initially John Fletcher and his wife set up home, with Elizabeth Jemima, at Forwood, where a son, baptised George Rainy Fletcher, was born in late 1850. In January 1853 the family left for Australia on the Kent, arriving in Melbourne on 20 April. A week later Mary gave birth to a second son, Charles Edward, who lived for little more than a month. In June 1854, after ‘a lingering illness’, Mary Augusta succumbed to consumption (tuberculosis). 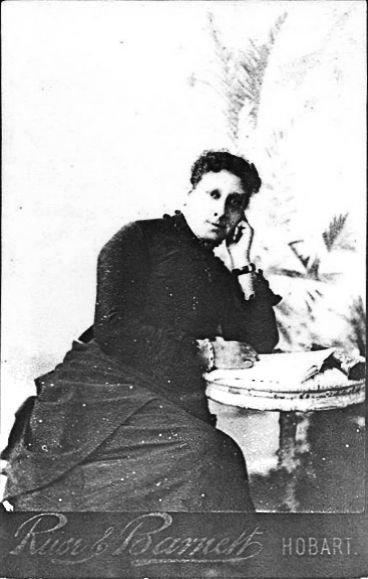 If Elizabeth Jemima was with the Fletchers in Melbourne, she soon travelled on to Tasmania, where on 11 January 1855, in Longford, she married a Tasmanian-born settler Charles Allan Parker. She was described in a newspaper notice as the ‘third daughter of George Rainy Esq. of Raasay, Scotland’, an acknowledgement unlikely to have been made in a newspaper in Britain. Only two daughters are known, Elizabeth Jemima and Mary Augusta. The couple had three children, who have left many descendants.

In 1859 John Fletcher married again, in Melbourne, where three of his brothers were also resident – Edward, who married in the same year; Arthur, who had come out with his English wife in 1853; and Augustus George, the youngest, who had arrived first in Australia in 1852. In the summer of 1864 Augustus, who worked as a cashier at the Union Bank of Australia in Melbourne, stole £10,000 of bonds from a security box, sold them and left for England before the theft was discovered. He then travelled to New York and Buenos Aires where, eighteen months later, he decided to hand himself in – after having spend about £8000 of the money. The British Embassy advised him to return to London, where he surrendered to the police. He appeared in court but it turned out that, as there was no warrant for his arrest, he could not be detained or tried. He later returned to the United States and, his Australian-born wife having died in Wales, remarried.

John and Mary Augusta's son, George Rainy Fletcher, was attending Granville Collegiate School in Kent in 1871, but at the age of 20 he was older than the other pupils. Later that year he matriculated at Peterhouse College, Cambridge, and transferred to Downing College in 1872. He became a priest in the Church of England but died in 1883, at the age of 33.

Other information mainly from census returns.