Return to Baillies of Dochfour 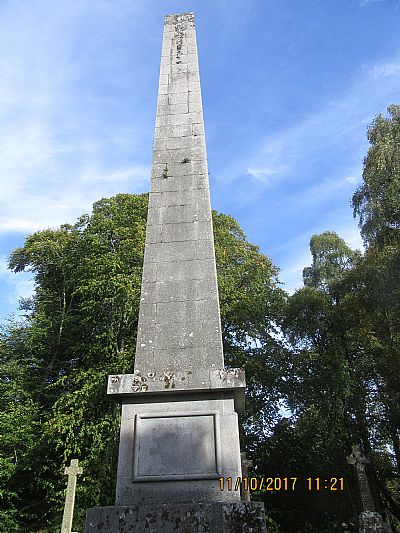 The trading house of Alexander, James and Evan Baillie operated in St Kitts from 1770. Evan later joined in the wave of expansion in trade around 1800, primarily in Demerara. He had by then established himself in Bristol, serving as its MP [1802-1812] and subsequently became more involved with the family’s Scottish estates. His son Peter [born in St Vincent] became MP for Inverness burghs (Inverness, Fortrose, Forres, Nairn) as a result of Evan’s influence.

Inverness Courier, 1835
July 29.—This issue contains a memorial sketch of Mr Evan Baillie of Dochfour, who had recently passed away at the age of 95. "He had witnessed the battle of Culloden, when a boy, from the heights above Dochfour; he had served in the army in the reign of George the Second; he was three times returned as representative in Parliament for the ancient city of Bristol; he was one of the very few men in our day who has met at one interview with Burke, Johnson, and Reynolds; and after a long, active, and successful public life, he had the rare felicity to return to his native country, blessed with health and affluence, to spend the evening of his days in quiet retirement among the scenes of his birth." Going into details, the writer states that Mr Baillie entered the army as ensign at the age of fifteen, and was employed on active service abroad, especially in the West Indies. He was at the siege of Havannah in 1762. On the restoration of peace, seeing no prospect of promotion, he retired from the army, and embarked in the West Indian trade, finally settling at Bristol, which he afterwards represented in Parliament. By the death of his elder brother in 1799, Mr Baillie succeeded to the family property of Dochfour, and resided there during the last twenty years of his life. "Mr Baillie was a perfect model of the gentleman of the old school; tall and handsome in his person, of polished manners and of the most punctilious honour and correctness in all his transactions and intercourse with society."