So is this architecture? A question many a first year architecture student is asked to ponder. When does a mere shed gain the status of "architecture" or for that matter a large building become simply that, a large building devoid of such status? What then exactly is architecture as opposed to simply an enclosing structure? Does an elegant bridge, for instance, rise above the merely practical to gain such credence? Or are we architects simply being snobbish?

The beach huts of Findhorn test these considerations.

The beach of Findhorn is long and fairly pristine. And it is this which has triggered negative reaction by a number of people to the new beach huts. 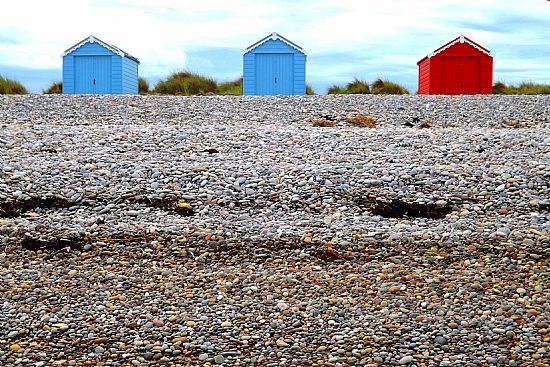 But the beach has been the scene of other issues over the years. Not only is the coastline receding (leaving a more ancient Findhorn settlement somewhere offshore), but during WWII anti-invasion defences in the form of pill boxes and rows of large concrete cubes littered the sands. Many of these have either sunk with the shifting of sand by the waves or been buried by the shifting of the sand by the winds. Such features are ugly, but interesting. 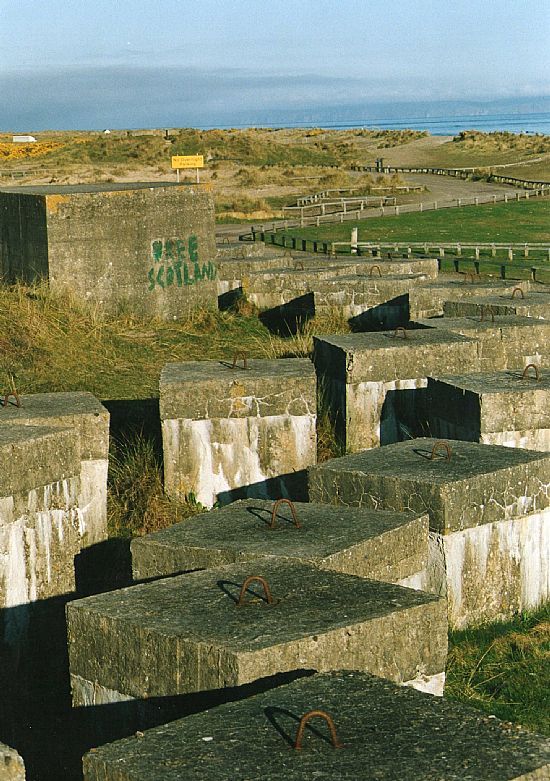 At least the beach huts are cheerful and add a positive edge to just above the pebble strewn high tide line.

And they enable the beach itself to be used more extensively in the Scottish climate.