Tantallon Castle is just a ruin. “Just a ruin!”. It is so much more than a ruin. It is one of those ruins that is steeped in history and legend and drips with atmosphere. 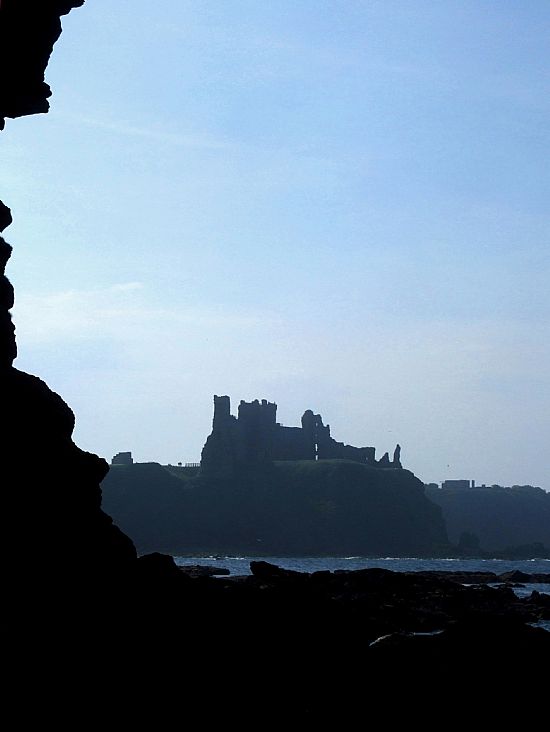 The outer ward is the best place to appreciate the mighty main defensive wall of the castle and to get an impression of how powerful the castle must have been in its heyday. One approaches the castle from across a bridge over a deep ditch, a dry moat which as cut into the rock and providing an initial barrier before even reaching the main entrance gate through the imposing central tower. Its high walls 12 foot (over 3.5 metre) thick must have appeared impenetrable to an attacker. On the other side are near vertical cliffs and wild oceans. Very secure to its defendants.

The land on which Tantallon was built was held by the earls of Fife until at least the late 14th century, although the castle is claimed to have been built by the Douglases during this time. In 1346 William Douglas (c. 1327–1384) returned from France to Scotland to claim his inheritance when he came of age. He was the half-nephew of Robert the Bruce's companion Sir James Douglas (d.1330). In 1353 William killed his godfather, another William Douglas, in the Ettrick Forest, thus making himself the undisputed head of the House of Douglas. In 1356 he escaped from the Black Prince's defeat of the French at Poitiers, although many of his Scotsmen were slain or captured there. In 1358 he was created the 1st earl of Douglas for his part in negotiating the release of King David II from the hands of Edward III. Later, in 1364, he helped his king in negotiating the passing of the succession to Scotland on to Lionel of Antwerp, a son of Edward III. However they were thwarted in this and Scotland passed to David's nephew, as King Robert II in 1371. Douglas was soon reconciled to the new regime and it has always been presumed that Tantallon castle was built by him before his death in 1384.

My photograph shows Tantallon Castle from a promentory on the rocky shore. The castles stands starkly against the skyline; intimidating to any adversary.