Dunrobin is different things to different people. To some it is an elegant house or castle from a bygone era and it certainly attracts its fair share of coach borne visitors from far afield. One first sees it as a juxtaposition of towers on its narrow side. It is bent twice across its facade. Walk around to its sea facing side and you get a very different impression. That side is somewhat plainer yet more imposing as it rises above a cliff face. Below it are formal gardens down to the shore and you may we find a falconry display underway. 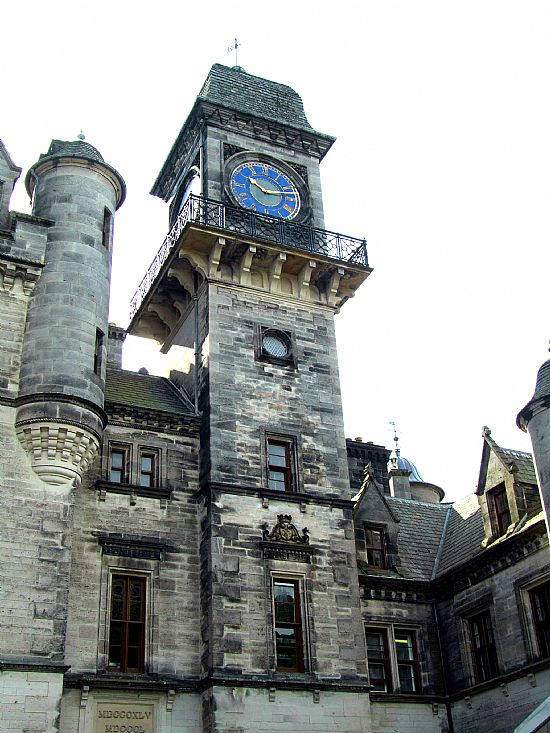 This imposing edifice is not one of defence, but of asserted status. Between 1835 and 1850 Sir Charles Barry, (better known for the Palace of Westminster Houses, home to the houses of Parliament), remodelled the castle in the Scottish Baronial Style for the 2nd Duke of Sutherland. 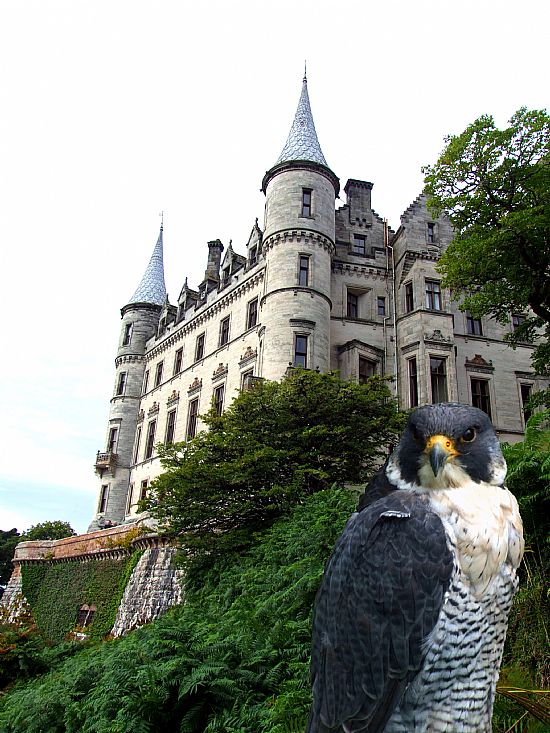 Dunrobin Castle has been the seat of the Earls and Dukes of Sutherland since the 13th century. The first building appears to have been encased by a series of additions from the 16th century onwards and as you walk around you see signs of them. The largest extension was built in 1785, but other stages can also be made out too.

Much of Barry's interior was destroyed by fire in 1915. Restoration was done by Sir Robert Lorimer, (a name we come across frequently). Some features look decidedly French such as the pyramidal roof over the entrance and the pointed witch cap turrets on the far facade.

Such architecture naturally expresses not just the era, but the family and personal aspirations of its owners. Dunrobin Castle as stormed by the Jacobites in 1745 in the name of Charles Edward Stuart because Clan Sutherland supported the British government. The 17th Earl of Sutherland had changed his name from Gordon to Sutherland. He escaped through a back door and joined the Duke of Cumberland's forces in Aberdeen. On the death of the 18th Earl in 1766, the property passed to his daughter, Elizabeth, who married the politician George Leveson-Gower, later to become the 1st Duke of Sutherland.

The 1st Duke and Duchess of Sutherland remain controversial for their role in the Highland Clearances. Many thousands of crofters were forcibly evicted from their land as part of large scale “improvements” to achieve greater yield for the landowners. They were usually replaced with sheep. This became widespread across Scotland and Ireland in the 18th and 19th centuries and resulted in mass depopulation. What now appears an idyllic scene had witnessed callous treatment of the tenant crofter families. A great number managed to emigrate to places such as America. It has been pointed out that the then factor, Patrick Sellar, was the key player in this and that the Sutherlands had in fact sometimes helped the crofters with livestock and roads.