Standing regally above east end of George Square, the City Chambers imbues it with a great sense of place; the Square in turn returning the complement. Spaces and buildings symbiotically exchange values that together make up the rich urban realm that we relate to. Imagine then what the one would be like without the other, or even if they continued, how the overall quality of ambience would be affected if they were dramatically altered. That was a fate that threatened George Square in recent years. And by default, that would have detrimentally affected the City Chambers too. The Architectural Heritage Society of Scotland was one of several bodies that opposed drastic modernisation of George Square. But here I concentrate on the City Chambers. That is no longer in itself threatened, but under the Bruce Plan it could have literally disappeared. Such far reaching, ambitious plans to “modernise” Glasgow, seemed to be a greater danger to the city's impressive wealth of buildings than World War II that had just ended. Not that Glasgow didn't need ambitious plans to resolve its planning problems, but that perception of the city's built heritage was strangely blind to its fantastic wealth and fortunately time and good sense has left us with a rich legacy. 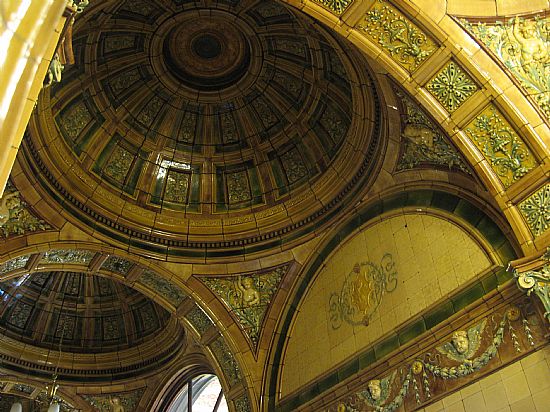 In the 1880's the Council were looking for a suitable site for their proposed purpose-built offices. The City Architect John Carrick proposed George Square which at that time was little more than a rather neglected public space, but land to the east side was bought. The actual design of the City Chambers was the result of two competitions. The winning design was by William Young . He was based in London, although born in Paisley, and trained in Glasgow. He was given a budget of £150,000. The foundation stone was laid by the Lord Provost in 1883 before a large crowd. Four years later, the topmost stone, the apex of the central tower was laid and on 22 August, 1888, Queen Victoria performed the inauguration ceremony. An extension to the east side of the building was added in 1923. 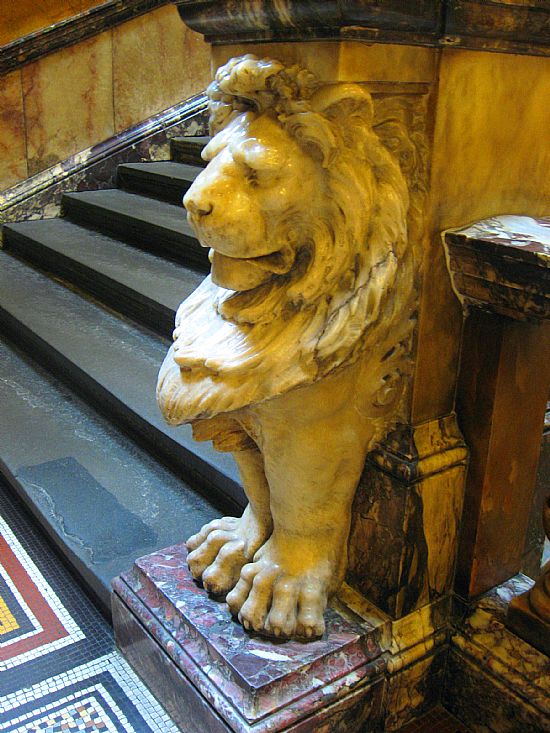 The interior is quite extraordinary and I would advise anyone who has not seen it yet to go on one of the guided tours. Materials and finishes range from granite to marble and extensive use of alabaster. What you see in my photograph is some of the faïence (tiles, usually tin glazed) clad domed spaces. The colours are extremely rich; the forms and patterns extremely ornate. This is a difficult medium. Anyone who has worked with ceramics will realise that firing alters the size quite substantially so it needs exceptional skill to produce all the components and install them correctly.