The Crinan Canal and the Crinan Coffee Shop, Argyll and Bute

It is one of those strange things to contemplate that while richly designed architecture may get the most attention, buildings that hardly in themselves seem to deserve such labels, can still seem to fit well into the townscape or natural environment. Ordinariness can still be picturesque. In some cases, as in old villages, such apparently haphazard arrangements seem by serendipity to create great spaces and juxtapositions of massings. In others it could be the way they become counterpoise to natural elements. The Crinan Coffee Shop, set in an old post office and store building near the Crinan Hotel, is one such building. It sits aside the Crinan Canal where it takes in a discharges various craft to and from the sea. It just seems to fit well. This picture, taken some years ago, shows it from across the canal reflected in it and simply becoming the yin and yang of the earth and water. 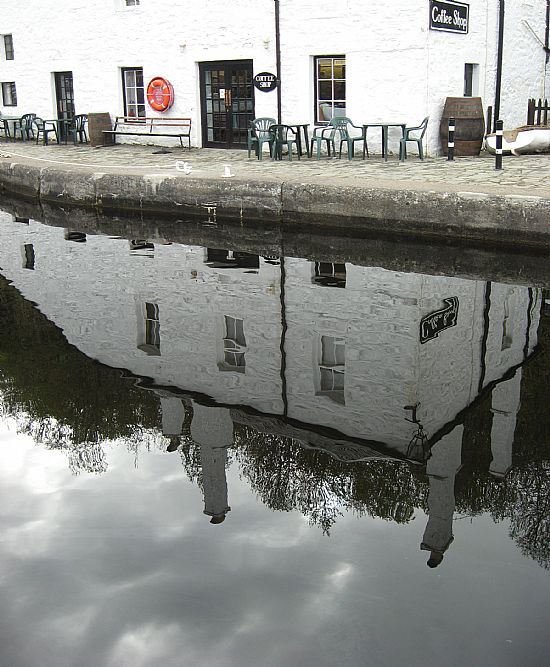 This “C” listed building was built during the early development of the Crinan Canal between 1794 and 1820 as the former harbour house and post office.