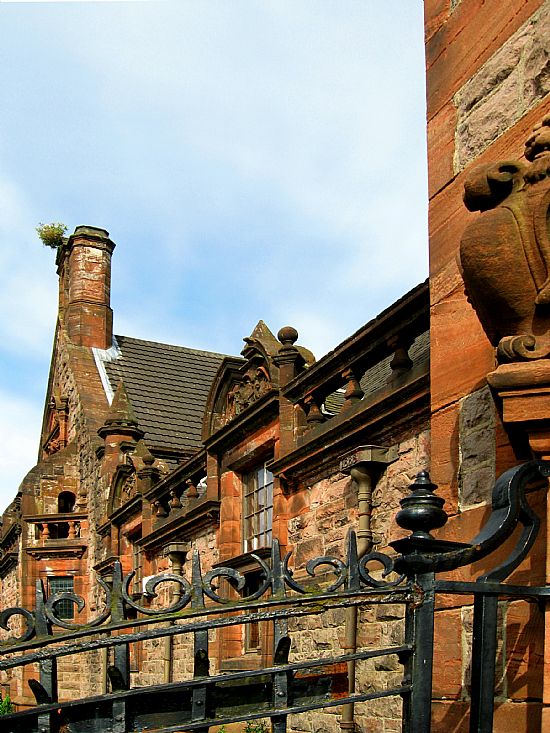 Some very interesting features in it red sandstone attract our attention on approaching. On entering its Arts and Craft design is even more evident. 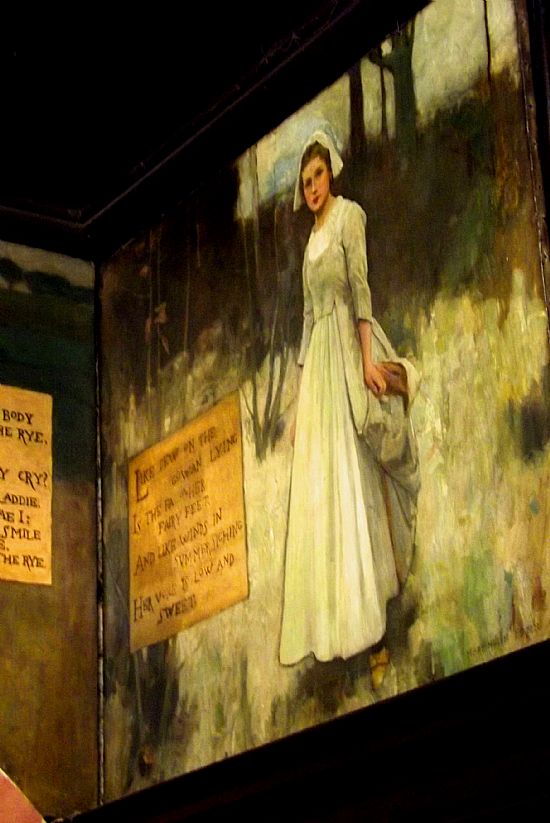 The building was designed by John Archibald Campbell and dated to 1888. The building was built as the Ewing Gilmour Institute for Working Girls. When completed it was presented to the Scots Girls' Friendly Society to manage. (Lairich Rig). Nearby is the Alexandria Library, once the institute was built to foster the "mental recreation and moral improvement" of the youth of the Vale of Leven and it i evident that these two buildings had something in common in their objects. Both were sponsored by William Ewing Gilmour, a noted Vale benefactor who was not only a director of the UTR. But lets now concentrate on this one.

It is shown as the Institute for girls on early Ordnance Survey maps at least until the c.1915 edition, thereafter as the Masonic Hall. 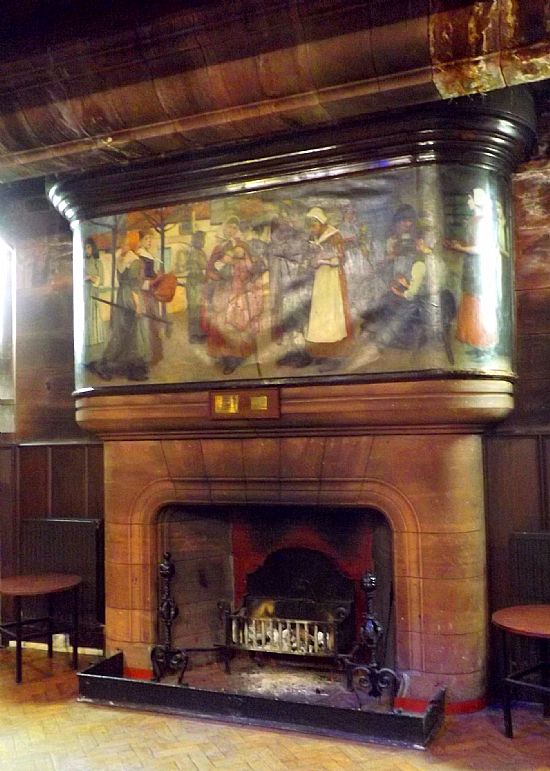 The painted hall is by Harrington Mann, one of the Glasgow Boys. Similarly and presumably also by him are friezes along the corridor lit by rather Japanese looking windows. They each have poetic quotations and you will such quotes also appearing in the stonework so the building becomes something of architecture and art that can be literally read. A moral message. The main works are canvases superimposed over the stone walls so are not strictly friezes. A small brass plaque above the hearth notes the artist having painted the picture in 1891 and then restored  it on behalf of the Loge in 1936. 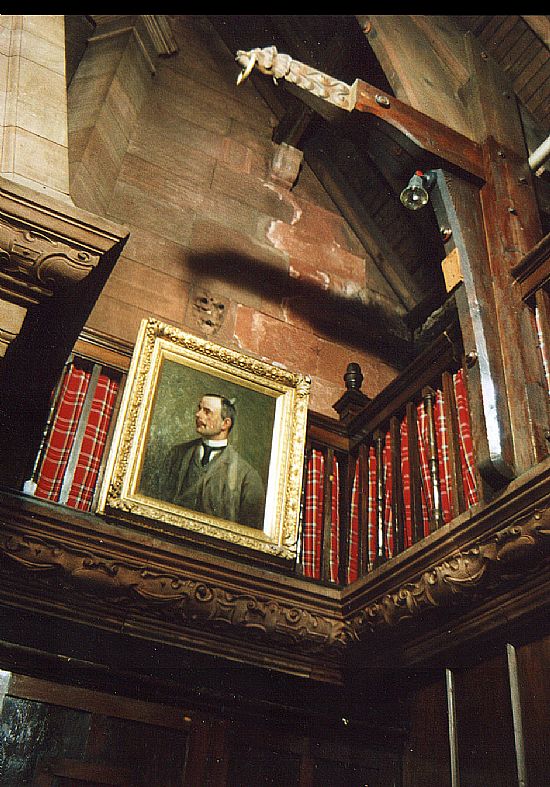 Visitors are shown the magnificent hall and the panelled library now forming the lodge's display area and bar. Look out for the architect's lovely sketch of the design. Somehow a small aeroplane has crept in there amongst the clouds pre-empting powered flight by many years.

And the kitchen, now looking rather spartan and utilitarian, but still used retains most of its original tiles.

To fully appreciate the significance of this building, those girls and their benefactor, you need to also have some idea of the culture of this time, the class differences the nearby industry collectively referred to as Turkey Red and many other aspects of the local environment, but that is for study elsewhere.

As for its current use as the Masonic Lodge : well they have their own story which you can find in the Grand Lodge website linked to below. It involves the swiftly flowing River Leven and problems of getting across it in the early days by members from Bonhill and the establishment of a lodge on that side. But opportunities opened up with the Lodge eventually moving into this building. The rest is history.

Mention of associated works at Drymen : A feu has just been taken off at Drymen, N.B. for the erection of a Cottage Holiday Home for the Scottish Girls Friendly Society. This home is to be built by Mr and Mrs William Ewing Gilmour, in memory of their deceased eldest daughter, and will be named, "The Jessie Campbell Gilmour Cottage Holiday Home." The building will cost about £3,000.[Building News 14 January 1898 p60] : http://http://www.scottisharchitects.org.uk/building_full.php?id=226349